Your guide to… Glasgow 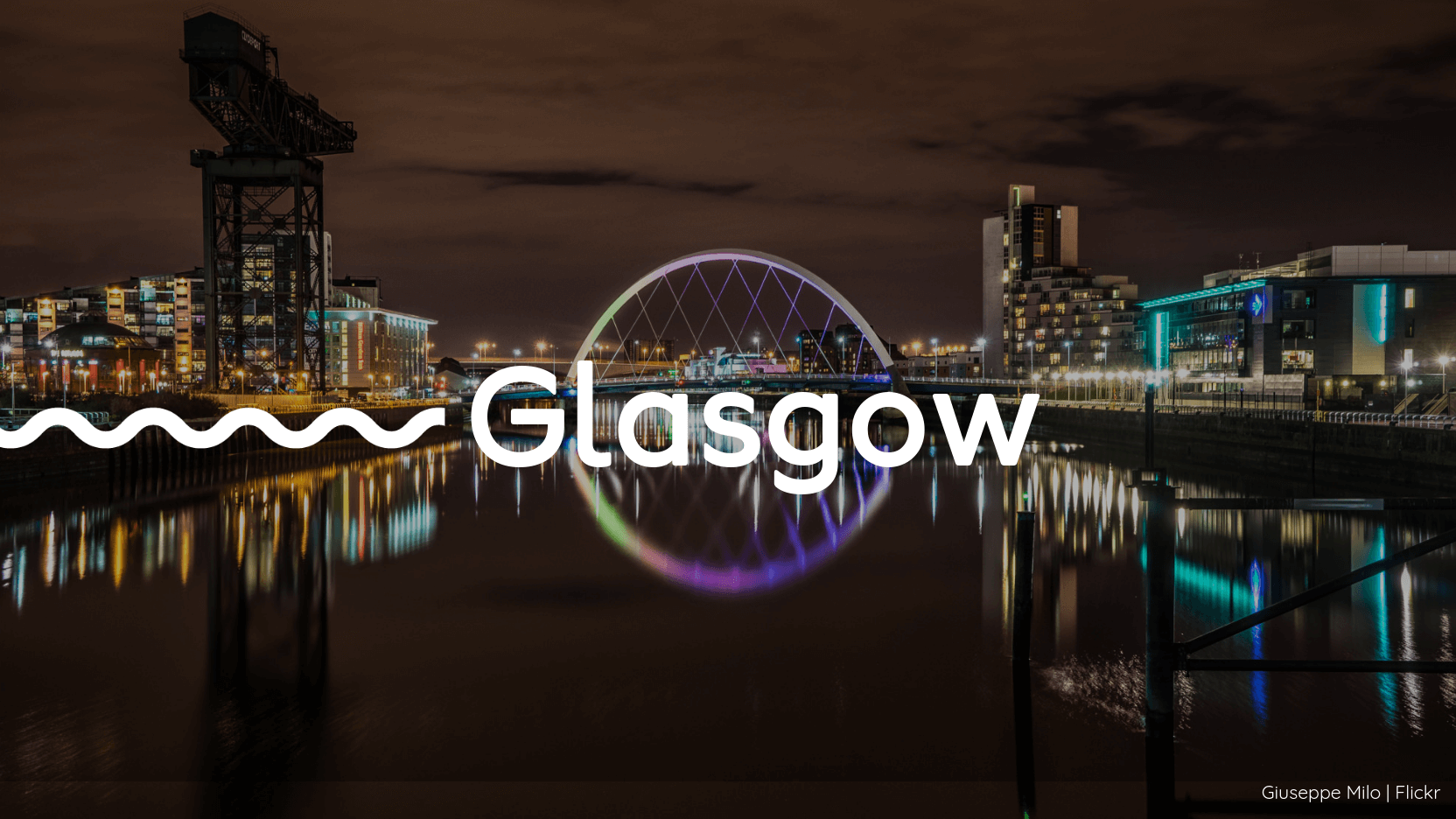 When we say 'Scotland', you say 'Edinburgh'. Usually, this is the first city that comes to mind when thinking of Scotland, and it's hardly a surprise given that it's the country's capital. But did you know that Glasgow is actually the most populous city in Scotland? Third in the UK? Ha! Take that, Edinburgh!

Whether they're local Glaswegians or people from all over the country and world, Glasgow is home to more than 621,000 people. No wonder SpareRoom currently has over 350 room ads! It may not be the capital, but this city has come a long way; going from a 19th century trading port to a modern cultural hub that’s a great place to visit and an even better place to live. 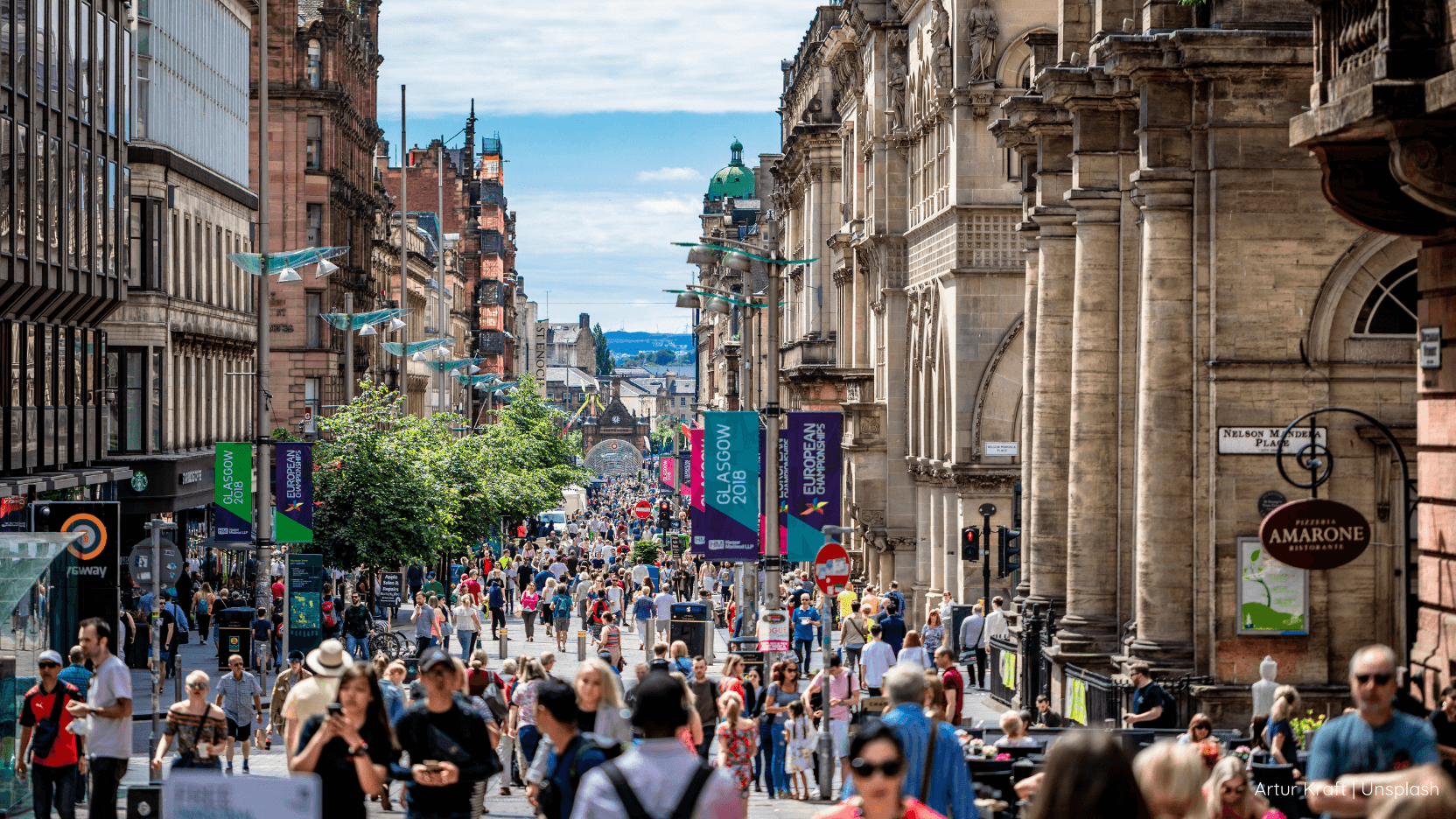 Up in Scotland, to the left of Edinburgh. From London you can get a plane that takes just over an hour, or a 4 ½ hour train instead. Why would you get the train if it takes 4x longer I hear you ask? Because of those views of the stunning Scottish coastline, duh.

Through the city centre runs the Clyde; a 176 km river which flows from the Atlantic Ocean and has led to Glasgow’s world famous shipping and fishing industry. 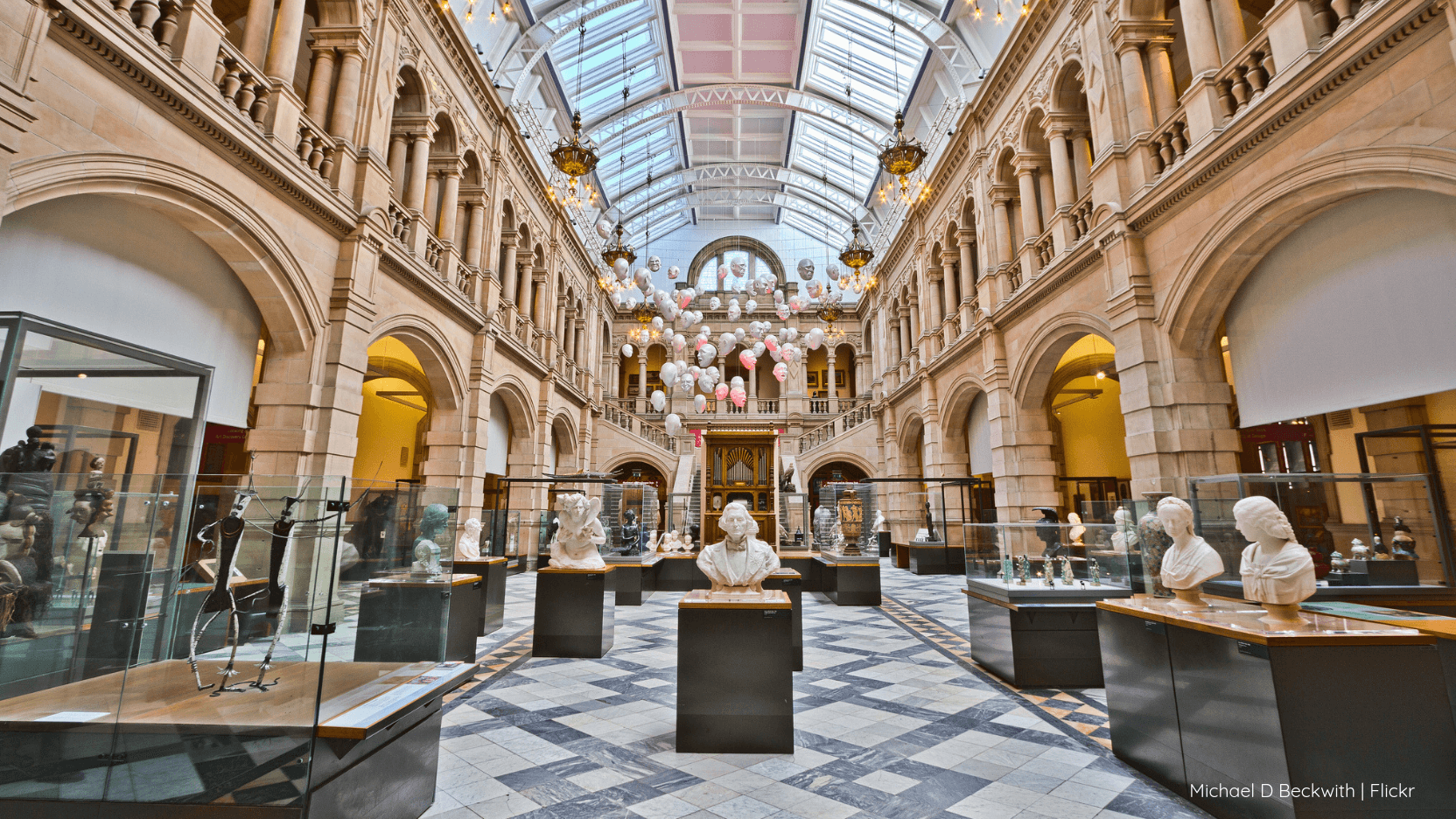 There’s no denying that Glasgow is a dream for any culture fiend. The port city is particularly famed for its amazing sandstone architecture; the best example of this being in George Square where you'll find the City Chambers and various monuments and statues. This also means it’s the perfect spot for a Scottish selfie #sorrynotsorry

Glasgow is also bursting with museums and art galleries, most of which are free (yaaass). Undoubtedly, the most famous museum is Kelvingrove Art Gallery and Museum. The majestic building has a whopping 22 galleries, displaying pieces from Van Gogh and Monet, alongside the likes of dinosaur skeletons. Even the Kelingrove's interior, particularly the grand hall, is a work of art in itself. Verdict? 10/10 would recommend to a friend.

There’s also the award-winning Riverside; a transport museum next to the Clyde, which is different from any other museum you've ever known. When we say different, we really mean it… the Riverside showcases everything from cars and skateboards to prams and even a stormtrooper! So, (* Yoda voice *) visit the Riverside, you must…

Glasgow isn’t also called ‘Glaschu’ for nothing. The Gaelic name means ‘The Dear Green Place’ and the city certainly lives up to this, with more than 90 parks and gardens scattered throughout to give some natural relief from the city streets. The Glasgow Botanic Gardens particularly stand out thanks to their riverside positioning and exotic glasshouses, and Pollok Country Park is worth checking out for its grand Georgian manor house and Highland cattle - they’re so fluffy I’m gonna DIE!

For something a bit different, head to Escape Glasgow where you’re given 60 precious minutes to laterally think yourself out of a themed room. They currently have five harrowing rooms, ranging from an attic-turned-jungle to an Alcatraz prison cell. Have you got what it takes to escape?!

The Sharmanka Kinetic Theatre is another venue for a surreal experience. It’s a little difficult to explain, but the Times sums it up best as "a robotic ballet". Basically, old scrap will come to life and perform choreography to haunting music and synchronised lights. Sounds insane, but turns out that dancing cogs and fans is everything you never knew you’d love, until now…

Back in reality, there’s still plenty more on offer in Glasgow. Why not soak it all up onboard a Clyde Cruise? As you sail along the river past various attractions, such as the Govan Shipyards and the BBC Scotland studios, you’ll be informed of Glasgow’s past, present and future with an entertaining commentary from a local tour guide. Make sure to bring your raincoat though... Scottish weather and choppy waters just can’t be trusted!

A post shared by Two Fat Ladies at the Buttery (@twofatladiesatthebuttery) on Jul 16, 2018 at 7:26am PDT

For the ultimate Glaswegian experience, head to Two Fat Ladies at The Buttery. This institution oozes Scottish vibes; we’re talking tartan carpets, mahogany walls and salmon (lots of it). The food isn’t cheap, but with ingredients like wild pigeon and truffles, who cares? Best bit? The ‘Grand Dessert’; a £28 platter comprising of all the puds on the menu, meaning you can banish food envy for good!

More reasonably priced but equally delicious food can be found at the Crabshakk, which has been serving up locally sourced fish in its rustic restaurant since 2009. Just a few streets away, there’s also Ox and Finch, which offers tapas with a contemporary Scottish twist. By this we mean delicious sharing plates of fish and traditional game meat such as venison and duck, mmm...

You know the saying: when in Rome, do as the Romans do. So with that in mind, when in Glasgow, do as the Glaswegians do by eating haggis and battered Mars Bars. We can’t guarantee you’ll like either, but they’re true Scottish delicacies which have to be tried at least once. To get your dose of these infamous foods, go to The Blue Lagoon; a chippy chain which is highly popular with locals, tourists and even the odd celebrity. Belieb it or not, there’s video evidence of pop royalty, Justin Bieber, visiting one of the shops in 2016. Is it too late now to say sorry… for that pun? Ok enough. But seriously, if it's good enough for the Biebs, it's good enough for us.

We’ve mentioned all the obvious Scottish foods, but not many people know that the humble Tikka Masala was actually born in Glasgow. Legend has it that Indian restaurant, Shish Mahal, accidentally invented the tomatoey curry sauce in the 70s when a customer complained about his meat being dry. Whether the story is true or not, Shish Mahal has become so iconic.. that you should give a go if you’re bored of offal and deep-fried chocolate! Quite frankly, if inventing the most popular curry in the UK doesn’t persuade you that Glasgow is a great city, then we simply don’t know what will...

Getting tipsy while getting educated is surely a win-win situation? At Drygate Brewery you can take tours to learn how local Scottish beer is made and then sample and even brew your own beer! The brewery also boasts a beer hall and terrace that you can enjoy whether you take a tour or not, so it’s a great spot for drinks too. A similar story happens at The Clydeside Distillery, except here beer is swapped for some good old-fashioned Scottish whisky. You can tour and drink at the distillery, while soaking up some pretty fantastic views of the river.

For more night time affairs, there’s Blackfriars; a vibrant gastro-pub that’s a go-to for locals – no doubt for the regular live music and bar which stays open till 3am on Fridays and Saturdays. That’s one way to make the last order bell slightly more bearable...

Gin lovers will rejoice at Gin71; the first Glaswegian bar to be dedicated entirely to gin, which opened in 2014. What took the city so long we’ll never know, but Gin71 is certainly making up for lost time with its light-up wall (brimming with 71 different gins), ornamental ceiling and expert mixologists. Head on down for some of the finest G&T’s in town!

If you’re wanting to go out out, there is no where better than the Sub Club; the world’s longest-running underground dance club, which has famously been going since the 80s. 30 years later, this basement club, with its neon checkered dance floor and iconic weekly residencies, continues to be the number one spot for electronic music and dance. We’d also like to add that “Subbies” is conveniently placed right next to a McDonalds… because who doesn’t love a Big Mac after a big night out?

If a ravey atmosphere isn’t your thing and you want a more premium experience, then Hummingbird with its colourfully classy ‘Diskoteka’ room has your name all over it. From snazzy, hanging chairs to mouthwatering cocktails Hummingbird is sure to make you feel like a VIP.

Love Glasgow and know some real hot spots? Go ahead and let us know...