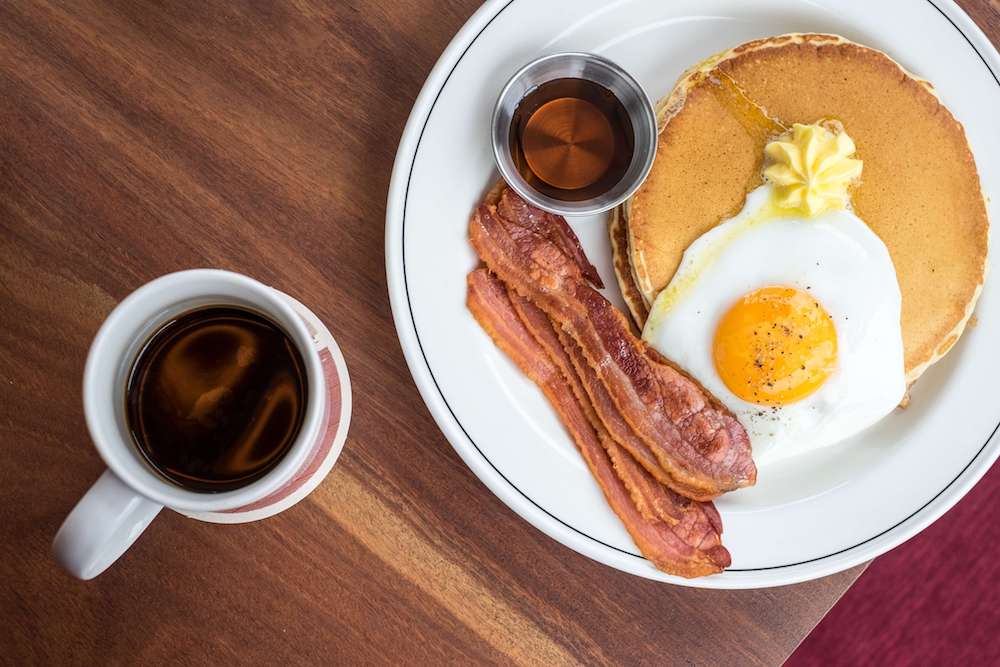 Fact: nothing says “weekend” more than a big slab of sourdough with a bit of avocado smashed on top of it. And was it really even a Sunday if you didn’t upload a Boomerang of a gooey poached egg yolk to your Instagram account?!

Brunch is big news, and nowhere does it quite like London. With new haunts popping up all across the city, we’ve compiled a streamlined list to help you find the right brunch for you wherever you are – and make those #yolkporn dreams come true, obvs.

So round up your flatmates, family or friends and hit one of these up this weekend... 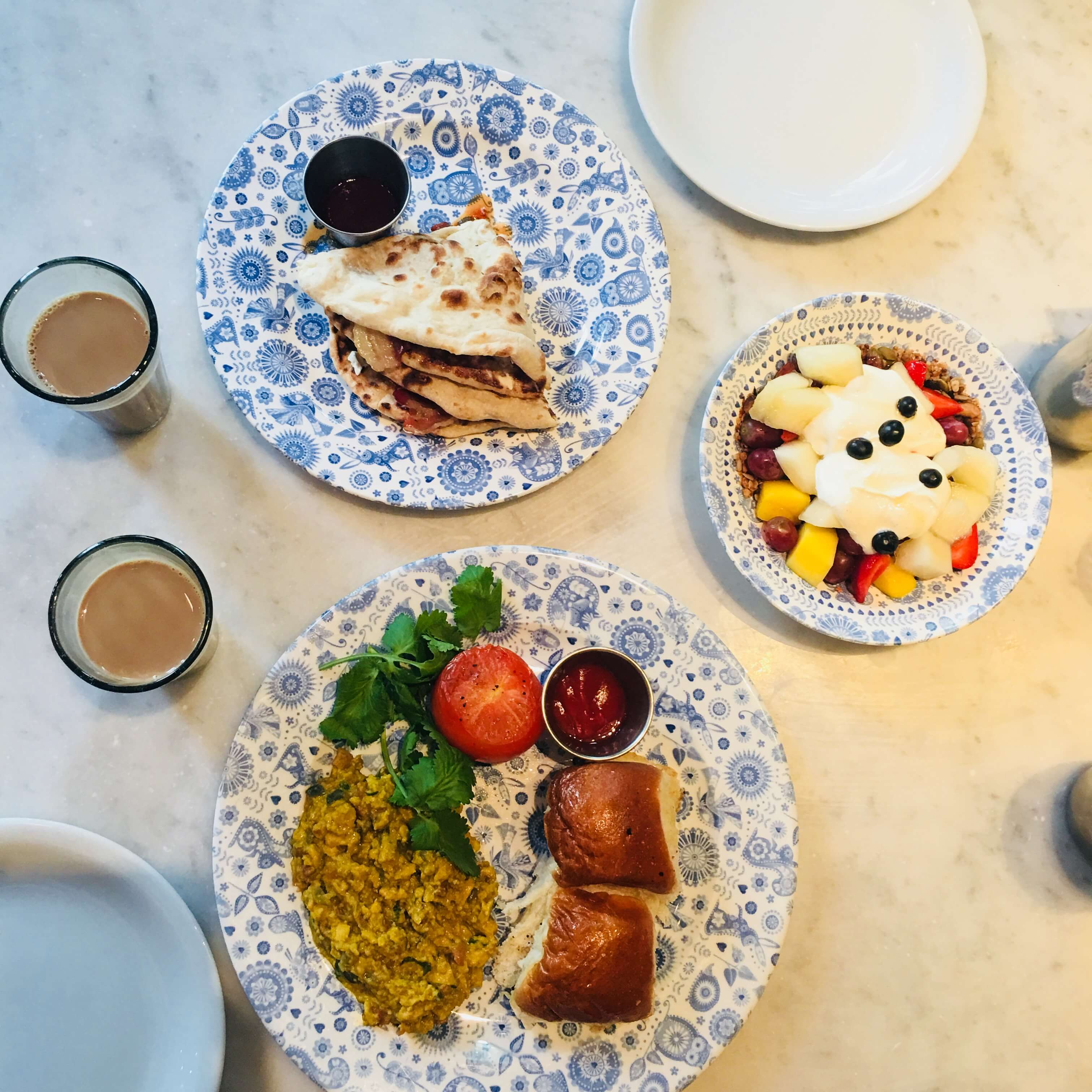 You’d be forgiven for thinking that Tottenham Hale is basically one giant retail park with a fast train to Stansted. But if you venture into N17, you’ll actually find some cool spots opening all the time – including Craving Coffee. What this converted industrial space lacks in good looks it more than makes up for with the food. The coffee is strong (and locally brewed), and the weekend brunch menu covers everything from huevos rancheros to Japanese-style omelette. Oh, and you can get just about anything on organic, toasted sourdough (or even trendier charcoal bread) – smashed broad beans and roast pork belly, anyone?

It’s a Londoner’s rite of passage to brunch at Dishoom. Luckily there are five venues to choose from in the city, but we favour King’s Cross for its chilled ambience and super cool decor. The breakfast menu is served until 11.45am throughout the week and weekend, offering morning treats with an Indian twist. The bacon naan is a must-try, and so’s a few cups of the (bottomless) chai tea (eight cups was my record) – but the Akuri spicy eggs ft. pillowy soft buns and the spiced house granola are excellent choices too.

A long-time favourite of Stokey residents, The Good Egg is a Middle Eastern-influenced all-day venue that does a cracking brunch. The Shakshuka is probably London’s best (no biggie), and the aubergine pitta with eggs is a flavoursome Iraqi alternative to the classic bacon sarnie. Or try the Jerusalem breakfast plate and load up on tasting plates for a real culinary voyage – just make sure you save room for a post-brunch babka slice. 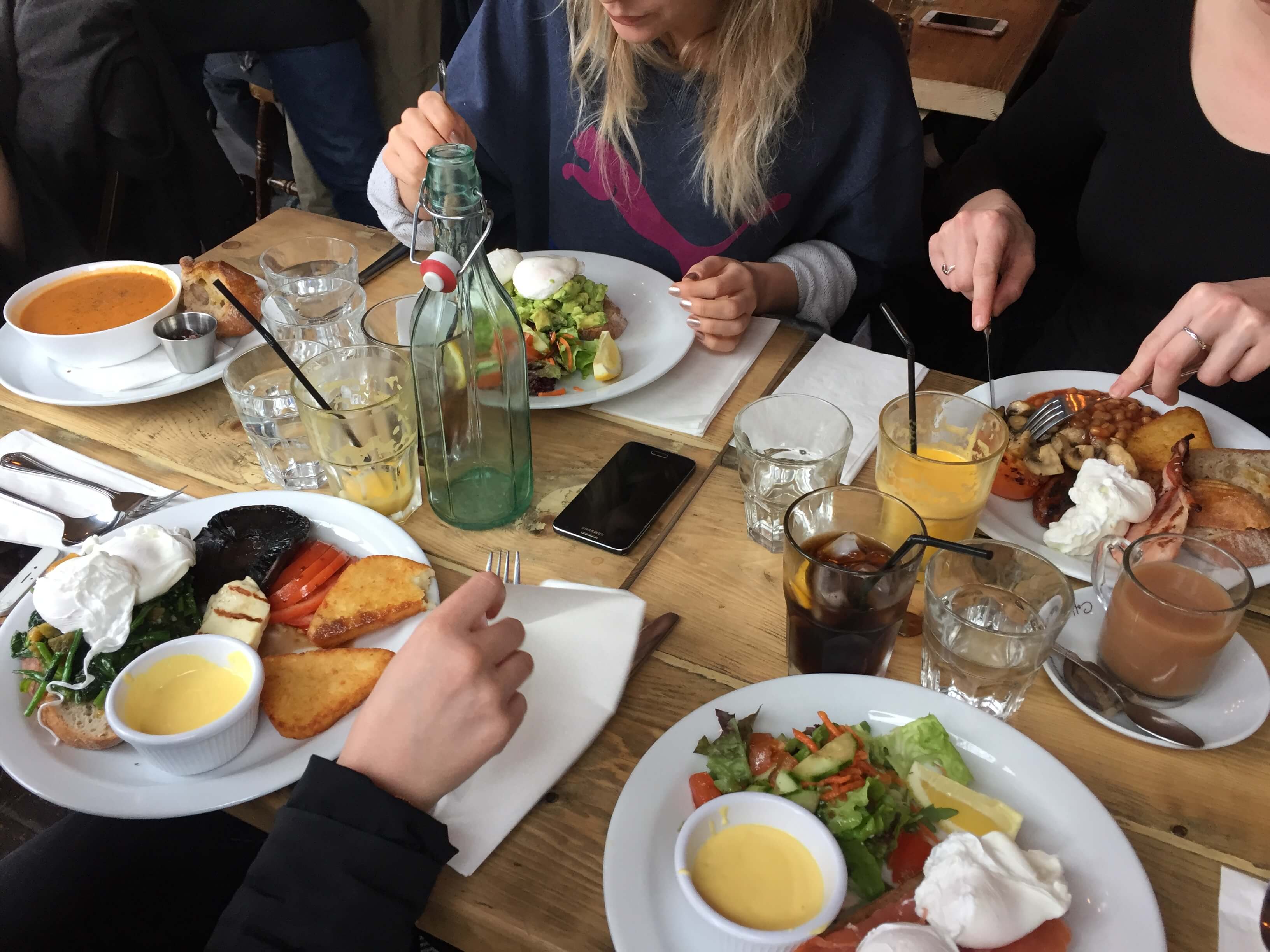 Be warned: a trip to Clapton Table usually involves a good stare at the menu for 20 mins – the brunch menu is so extensive you’ll be spoilt for choice. The humble English breakfast has a makeover with Mediterranean, French, Turkish and Italian versions, but personally I’ll always go for the delicious “table breakfast” – because who doesn’t want halloumi for breakfast?! The prices are pretty London-reasonable too, but as such the place is always jam-packed so come early or book ahead for guaranteed breakfasting.

Brunching in Blixen is like brunching in a conservatory. But a seriously stylish one, with plants hanging everywhere, cosy bench seats and unreal food, obviously. The brunch menu favours modern European classics, done in perfect style – you’ll find dishes like a pulled pork crumpet and poached eggs, chickpea and celeriac cakes, and French toast with mascarpone all on offer. The brave (and boozy) can even make brunch bottomless for £35 a head, with three courses and free-flowing prosecco.

Cast your East London stereotypes aside – Bistrotheque is far more clean white linen than shabby hipster haunt… This means the brunch menu is a little pricier, but with delights like maple candied bacon benedict, soft shell crab and mushroom rarebit on the list – it’s probably worth the extra pennies.

The Bourne & Hollingsworth Buildings are an Instagrammer’s paradise. Tropical printed furnishings meet loads of plants and plenty of natural light for a beautiful brunch backdrop – and the food’s not bad either… The crushed avocado and roasted tomato on sourdough is a firm favourite, but the more adventurous bruncher can feast on the likes of courgette pancakes, braised beef hash or even a baked avocado (plus toast soldiers for dipping).

The beauty of Caravan is the menu's versatility – you can go as light or gluttonous as you like here. So what’ll it be: golden spiced yogurt with maple oat granola, fried cornbread with egg, black bean salsa and feta, or somewhere in the middle with polenta ricotta hot cakes and maple yogurt cream?

One of the chain’s best-loved venues, Grind in London Bridge is like an old friend you know you’ll always have a good time with, no matter how long it’s been since the last get together. The space is stripped back but polished, with a cool neon light hanging in pride of place. And the food? Straight up modern brunch classics: all the smashed avo combos you could wish for, one pan eggs with chorizo and even an açaí bowl. But the sweet potato harissa cakes with a delicate poached egg on top are the real game changer here… 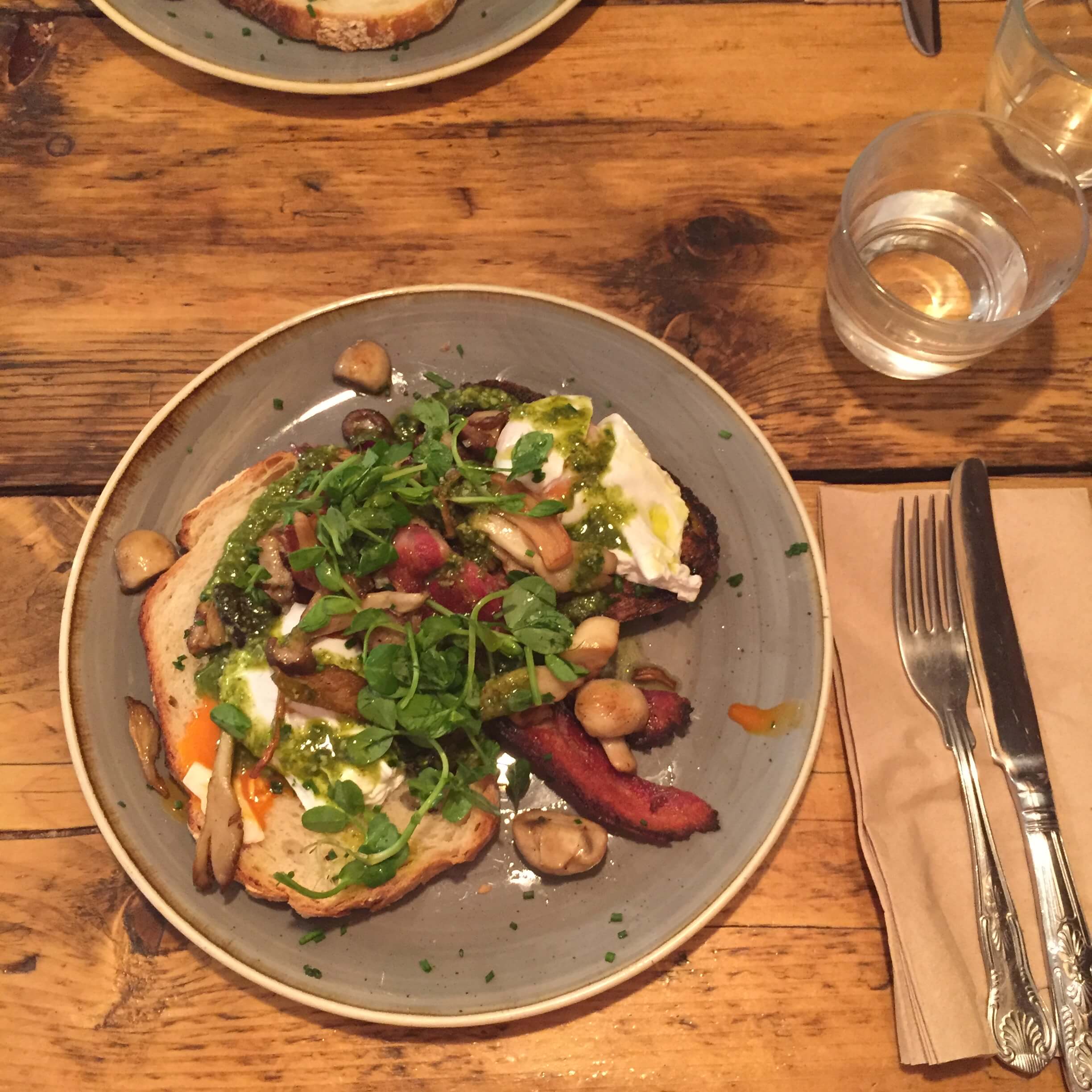 So good is the brunch at Balham’s Milk that you might even spot a North Londoner making the pilgrimage to visit… Get there early to dodge queues, and make the most of an innovative menu – it’s constantly changing and hard to pin down, but take a look at their Instagram for a taste of what to expect. I’ll make mine a buckwheat pancake with lemon posset…

Another multi-venue chain, but The Breakfast Club in Battersea is one of the best thanks to its proximity to Clapham Common (making it easy to walk off the feast!). The decor’s inspired by an 80s launderette; the menu is serious about breakfast. You can have it all from club sandwiches to waffles and loaded plates of “disco” fries, but the salted caramel banoffee waffles are where the magic really happens.

Locals will know how hard it is to get a table at Mud – so elusive a place that it doesn’t even have a website. But here’s an insider’s tip: order the wild mushrooms. They come on sourdough, with sausages, red onion jam, walnut pesto and poached eggs, and you’ll be dreaming about them for weeks afterwards…

Contrary to its name, the folks at Eggbreak don’t just serve eggs – but they do make up a huge chunk of the menu. And they’re done pretty well too, with inventive combinations like Turkish poached eggs in a chilli and cheese toastie, and Levantine style fried eggs with z’atar and chickpea tabbouleh featuring.

Farm Girl is probably best known for incredible coloured lattes – one simply can’t visit without snapping the milkshake pink rose water latte. Fortunately the food matches the place’s aesthetics too, and it’s all really healthy (if you’re into that sort of thing). The smoothie bowls are full of flavour, and the salad offering is plentiful too – I’m all about the jackfruit tacos on soft blue corn tortillas.

London brunchaholic and proud? Share your recommendations with us!