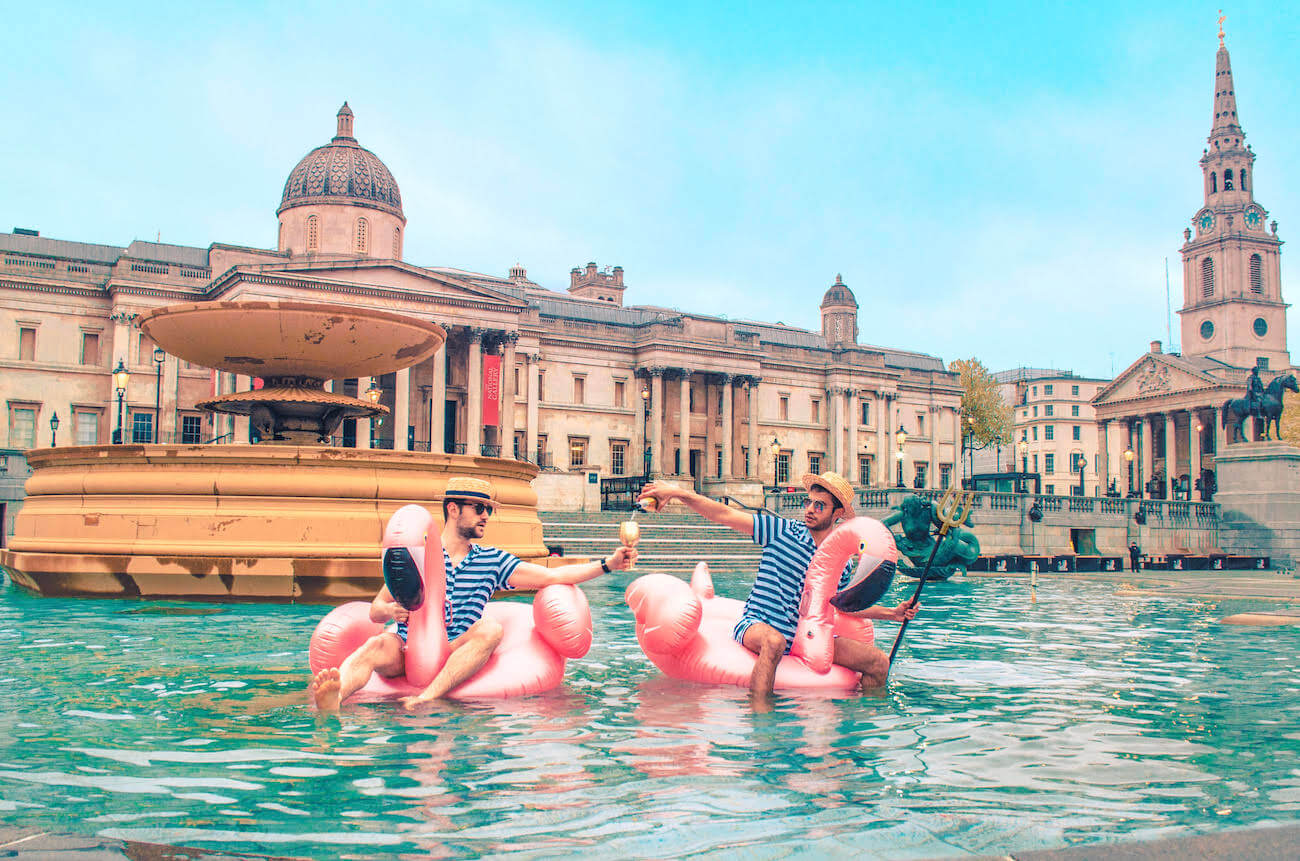 Kash and Rico are flatmates with a difference – through sharing a home they've formed the ultimate bromance, that's lead to creating their very own music video together. But just how did the meeting of an Italian model and Kenyan photographer lead to a pop record? We chatted to them to get the whole story, from moving in, to hilarious photo shoots...

So, how did you come across SpareRoom in the first place?

Kash: I'd just moved to a small town in the Midlands for work, and I knew SpareRoom was the best place to find a houseshare. When I started the job I hadn't found anywhere to live, but I knew that a new joiner called Rico was starting in a week's time too. I found his ad when browsing SpareRoom and contacted to ask if he wanted to search together – although I decided to pretend I didn't know who he was, so I didn't look too creepy... Unfortunately back then he'd already committed to another place, so we didn't end up living together right away. Maybe it wasn't the right timing?

Rico: When we started working at the same company in 2017 we had no idea we'd end up living together in a year's time! It took a few months to get to know each other, but we soon realised we weren't just colleagues – we were actually friends too. Towards the end of the year we both got bored of living in a small town, so decided to quit our jobs (ironically on the same day) and move to London together in 2018 to look for new challenges. Which was when we started taking hilarious photos around London and posting them on Instagram.

What were your initial impressions of each other? 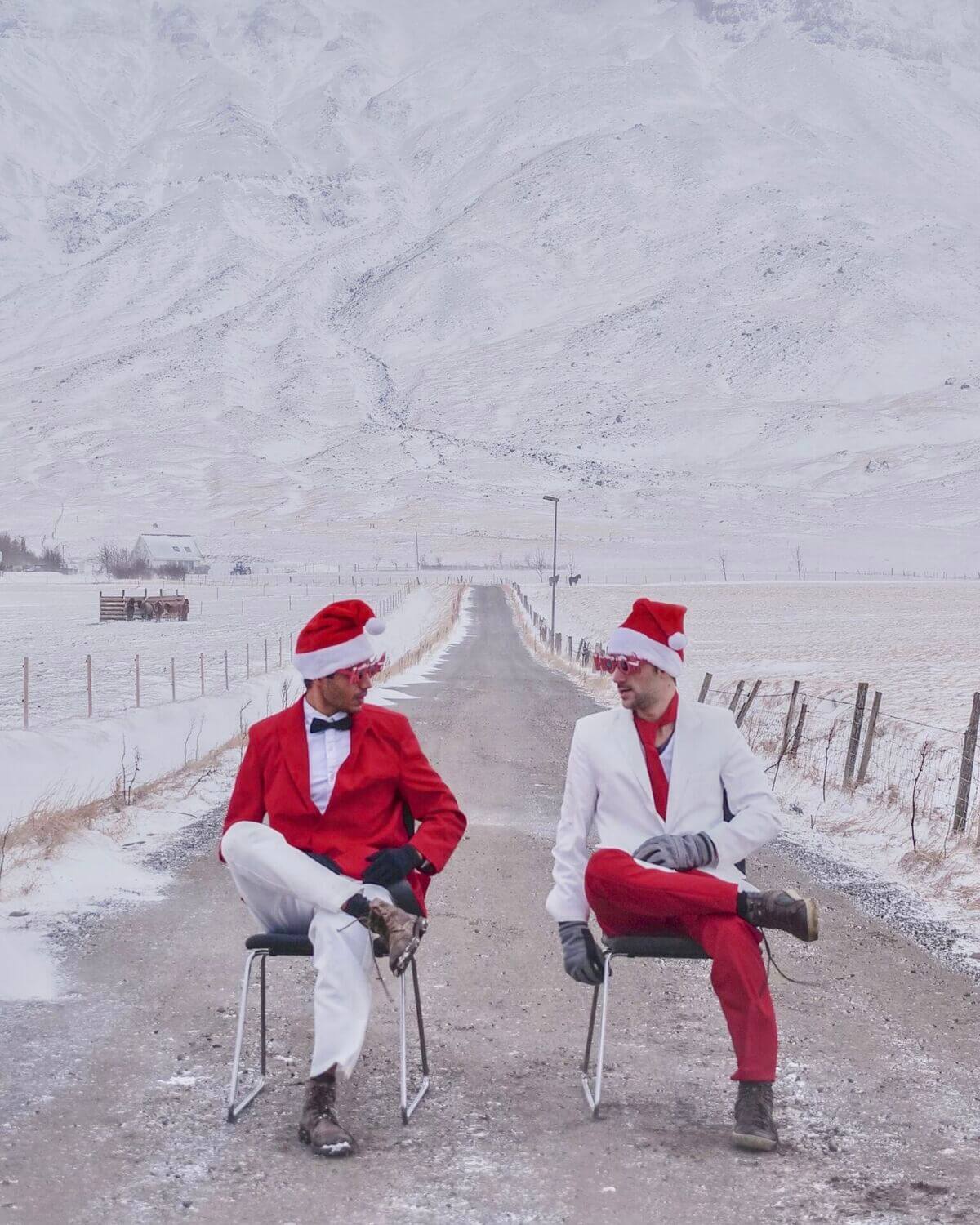 Do you have any funny stories from living together?

R: So many! When we fist moved in in January this year, Kash wasn't really aware that the electricity bill wasn't included in the rent... so every day before going to sleep, he had a lovely habit of leaving electric heaters on all night. It was nice to wake up every morning in a warm flat – but less nice when we got the electricity bill at the end of the month... We ended up splitting it in half, but he made up for it later by surprising me with tickets to Ibiza for my birthday and a hilarious card that said: 'At least we won't need any heating there'.

K: We've done a fair bit of travelling this year too, and whenever we travel together we seem to end up getting stuff for free. One time we were going to Amsterdam and while boarding the plane, I decided to email the hotel to ask for some champagne on arrival – we just really fancied it. I emailed saying: "My partner and I are celebrating our one year anniversary tonight. Can I get a complimentary bottle in the room?"

When we got there and checked in, the receptionist's face was priceless. He obviously wasn't expecting two young lads to show up, but told us our bottle was waiting anyway on ice in our room. We do have a bit of a bromance going on, so it was pretty believable! And they even got us an anniversary card too.

What have been the best moments of your time living together?

R: It's no understatement to say it's been the most insane year of our lives! We didn't realise that living together would bring so much creativity and engagement. From hosting fancy dinners for our friends to waking up before sunrise to take crazy pictures together, we've been through a lot of fulfilling experiences that we weren't expecting when we moved in together. Like taking crazy shots together all over London! K: This Christmas, we had the ridiculous idea of creating our own silly Christmas song. The whole thing started off as a joke, but it's slowly become a reality and now we've actually shot the video in Iceland.

What have been the biggest challenges of living together?

R: There have been a few, but nothing we haven't been able to get past. I remember cooking some delicious meatballs once, but made loads so there was just too much for me to finish. I had a friend coming for dinner the next day, so I really wanted her to try my meatballs (I'd never made such good ones!) When she arrived, I went to heat them up...only to discover that Kash had eaten them for lunch all by himself. I was pretty angry...until he bought me a ball-shaped cactus plant with the lovely note attached: 'I know these aren't the balls you wanted, but try not to kill this plant!'

K: I think making the Christmas song has taken a toll on both of us. Novemeber was pretty challenging as we didn't have much time to do anything else.

Even taking these pictures hasn't always been easy throughout the year! The one we took in Buckingham Palace was particularly challenging – we got up at 5am to make sure we could get there when no one was around. A lot of prep went into the photo too. I had two of my friends staying the night before, so we made sleeping arrangements to fit everyone in: my two friends would sleep in my bed, and I would sleep in Rico's. Even though we had an early start, Rico decided it'd be a good idea to go on a date the night before. I waited until midnight and then decided I was too tired and had to get some rest. Then at 1AM I heard Rico coming in the flat, but obviously he'd forgotten I was sleeping in his room... so he opened the door with his date in tow, and I was just lying there. We didn't have the easiest conversation that night! What do you think is the best thing about living in a share?

R: I think our case is a bit out of the ordinary, but for me it's the fact that it doesn't really feel like a share. We cook for each other every day, we have people over for dinner and we just do a lot of stuff together. Coming home is always something I look forward to.

K: I agree with Rico – it feels like family rather than a flatshare! It's so nice to have a place you can call home.

Check Kash & Rico out on Instagram here. And don't forget, if you've got an interesting flatsharing story too, we'd love to hear it! Drop us a DM on Facebook with your stories.