Living with other people naturally means a lot of sharing. You're sharing space, sharing stories of your day, and quite often sharing food too.

But when Ella and Sophie found each other on SpareRoom, they never would have imagined that their combined interest in food and healthy living would lead them to start a business together too...

From their shared kitchen, Griddle was born – a range of nutritious (and tasty) pancakes, created from scratch by the former flatmates. There are currently three flavours in the range, and it's set to make its way into stores very soon.

So just how did flatsharing lead to flipping pancakes? I chatted with the girls to get the whole story. 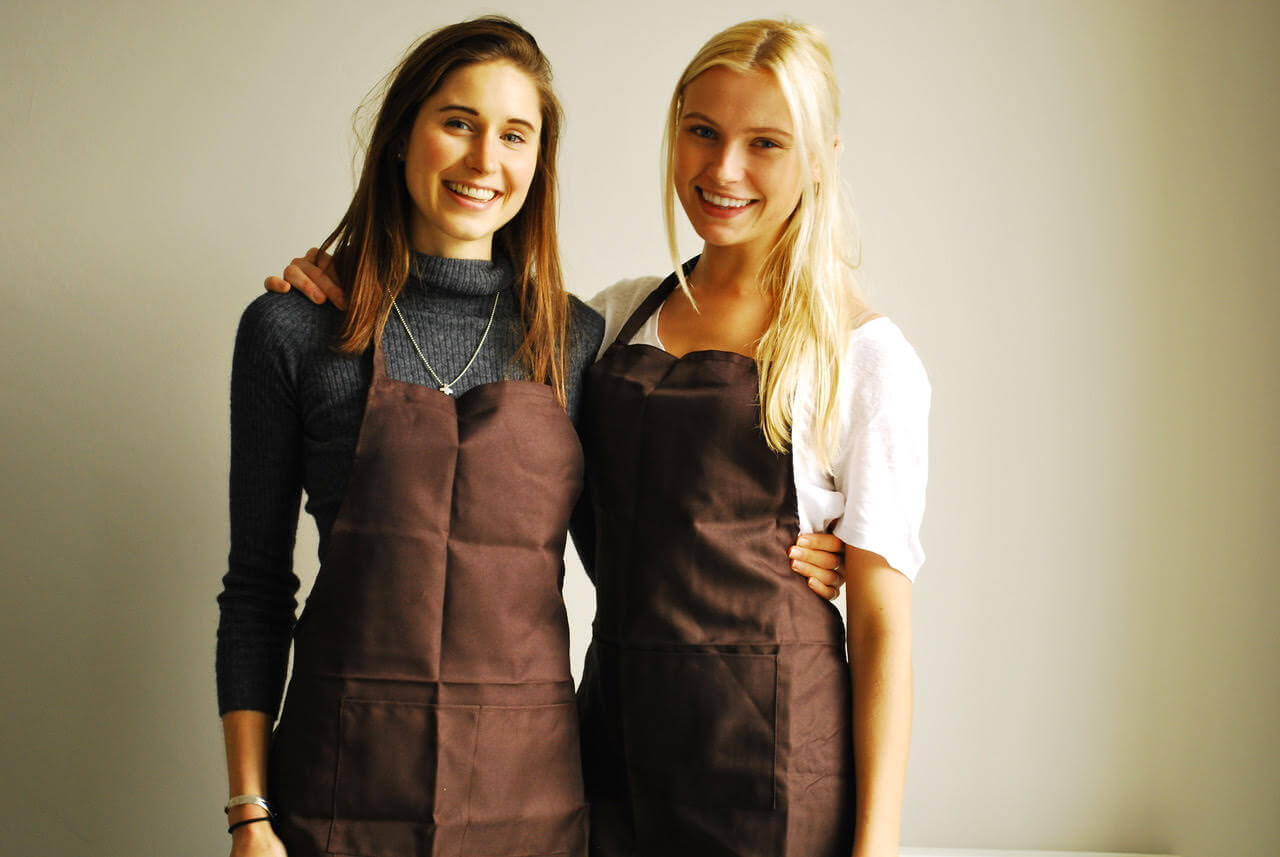 So first of all – how did you come across SpareRoom in the first place?

Sophie: I'd been living in other rooms for a while (that I'd found on the site), but got to a place where I wanted to do my own thing and live somewhere I was really happy with. I decided to find my own place and then find a flatmate for it on SpareRoom – I felt I'd get more control over who I lived with, and could be a little more picky.

And that's when Ella came along! I got it down to two people. The other person was pretty headstrong and I knew she'd be a safe choice, even if we wouldn't necessarily be friends. But then Ella came in like a whirlwind! She came in with LOADS of peanut butter in tow, and I just thought 'Well this could be interesting...'

Ella: I'm a couple of years younger, so I was just starting out in London when I moved in. My first job was at Pip & Nut – I was their second ever employee! I wasn't earning much and just couldn't really afford to live in London, but there you go. After a few months of sleeping on my friends' sofas I realised I'd outstayed my welcome, so I got on SpareRoom and sussed out the kind of area I wanted to be in. That's when Sophie's place came up.

Did you feel like you clicked when you met each other?

S: There must have been something. I wouldn't have chosen Ella if I hadn't got on with her!

E: When I went over to see the flat, we ended up chatting for ages – having a cup of tea, and really getting on. We realised we're actually quite similar. Then I sealed the deal with some Pip & Nut... literally just grabbed it out my bag and was like 'If you choose me, I can give you a constant supply of nut butter!'

S: We have a lot in common. We're both really interested in food, and had both done a lot of work in that industry. It just meshed really well straight away.

So how did living together lead to your business idea?

S: I was training for a half marathon, and was always experimenting in the kitchen to fuel myself. I was making a LOT of protein pancakes – we had so much nut butter hanging around... and you've got to put it on something right?!

E: Our flat was open plan, so we hung out in the kitchen a lot too. All of our conversations were in there, and we'd always just try things out when we cooked together. We did a lot of experimenting with healthy pancakes like everyone on Instagram was doing, and we just thought 'Why can you not buy these?!' The only ready-made pancakes you could buy were full of nasties – you know, the ones you'd have for pudding when you were four years old! We'd seen things like peanut butter and popcorn get a healthy upgrade, but no one had done it to pancakes.

S: We'd never looked for an idea, or even discussed starting a business. We basically just had the idea, noticed an opportunity and decided to test the concept to see if it would work.

E: We've made a LOT of pancakes!

What's actually in them (if it's not a secret)?

E: No secrets unfortunately! All of our ingredients are on the back of the packet. We wanted to use a recipe that people understood, and knew what was in.

S: The challenge is taking something you could make yourself and eat right away, and make it into a supermarket product. We've had to come up with a recipe that's appealing, will taste the same after five days, is portable, can be reheated etc.

E: There's been so many times where I've been tempted to stuff the pancakes with rubbish to give them a longer shelf life, trust me!

S: But as soon as you start adding preservatives, that lovely texture and taste is totally lost. You lose that 'home kitchen' feel. Luckily we could both dedicate so much time to recipe testing, and we've been really committed to nailing it. 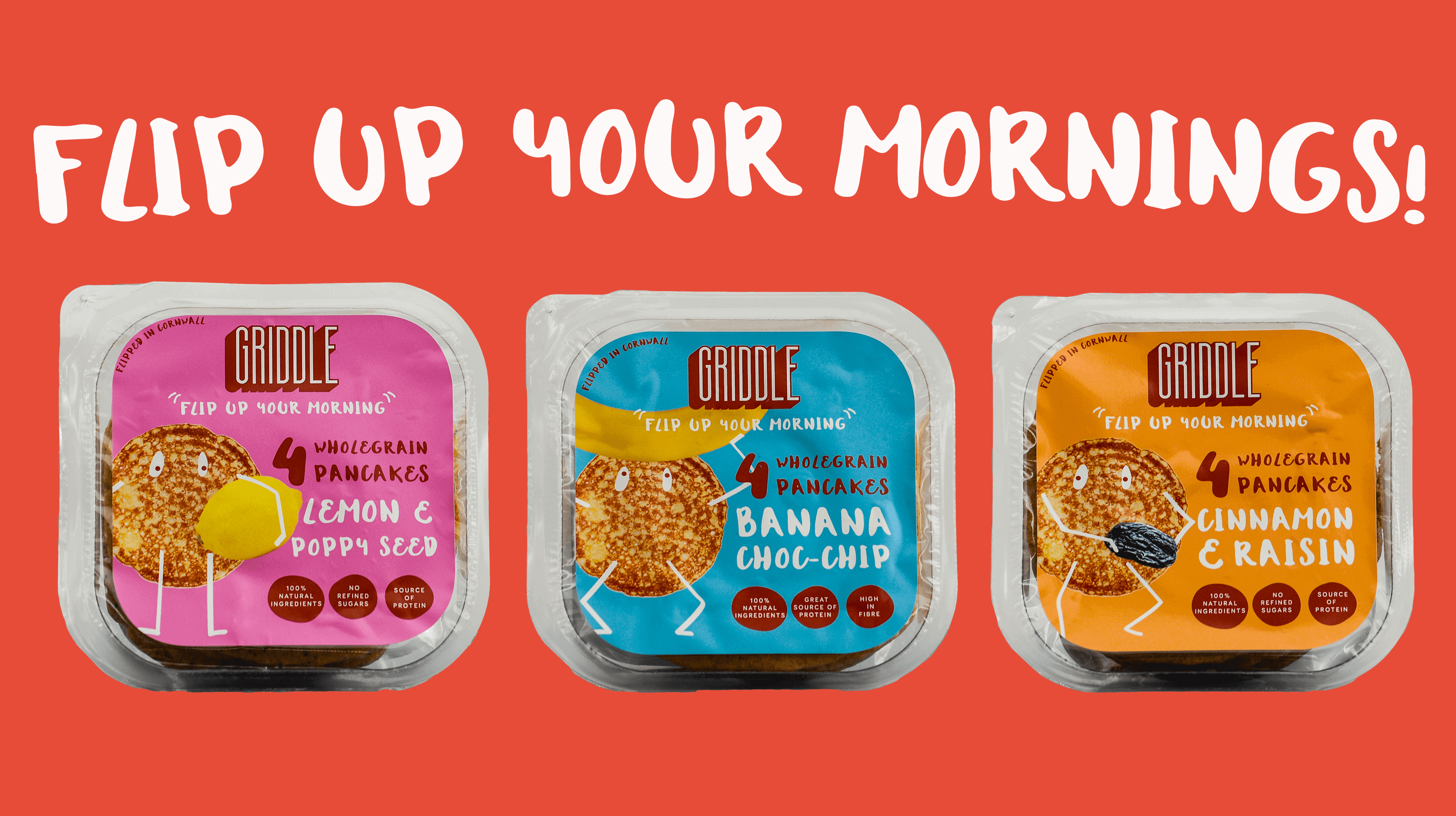 Sounds like you've definitely nailed it now. Have you had any low points while starting your business?

S: We did solid 12 hour shifts, where I was mixing and Ella was just standing in the kitchen flipping away.

E: We hired a catering kitchen and it was really industrial. We were basically standing outside because the only 'door' was one of those made from strips of plastic. And it was during that freak snow week this year... we were there in our hats and four hoodies each. The breeze made the temperature on the griddle really hard to maintain, so some pancakes were burning and some weren't even cooking.

S: That was the worst day ever.

E: Now we have a factory and someone else making them, it's great. I never want to make another pancake again!

Both: Only when they're given to us!

So you were living together, then ended up working together – did you reach a point where you decided to go your separate ways because you were spending so much time together?

E: We had a year and a half living together in total, and Griddle was born in the last 6 months of it. The business definitely made work constant. We couldn't really relax – we'd put movies on and just talk through them.

S: Our living room was covered in cork boards and inspiration. The whole flat was completely Griddle-fied! But it's not like we hit a point or had an argument. We just realised how serious we both were about the business and decided this was the next step. We needed to think of our sanity too!

E: Plus I was moving in with my boyfriend, so it was quite a natural separation.

S: We've honestly never really argued. If you can stand in a kitchen for 24 hours together cooking pancakes, you can survive anything! It's a pretty testing relationship.

E: I'd struggle to work with some of my other best friends I think, but with Sophie it's just worked. Doing a startup is your whole life. I know any job can be stressful, but with a startup there's so much riding on it. We've been lucky to manage our relationship under so much stress – it says a lot that we've not lost it with each other!

S: We've been through the whole journey together. We know each other's strengths and weaknesses, and when we're not on our best form. 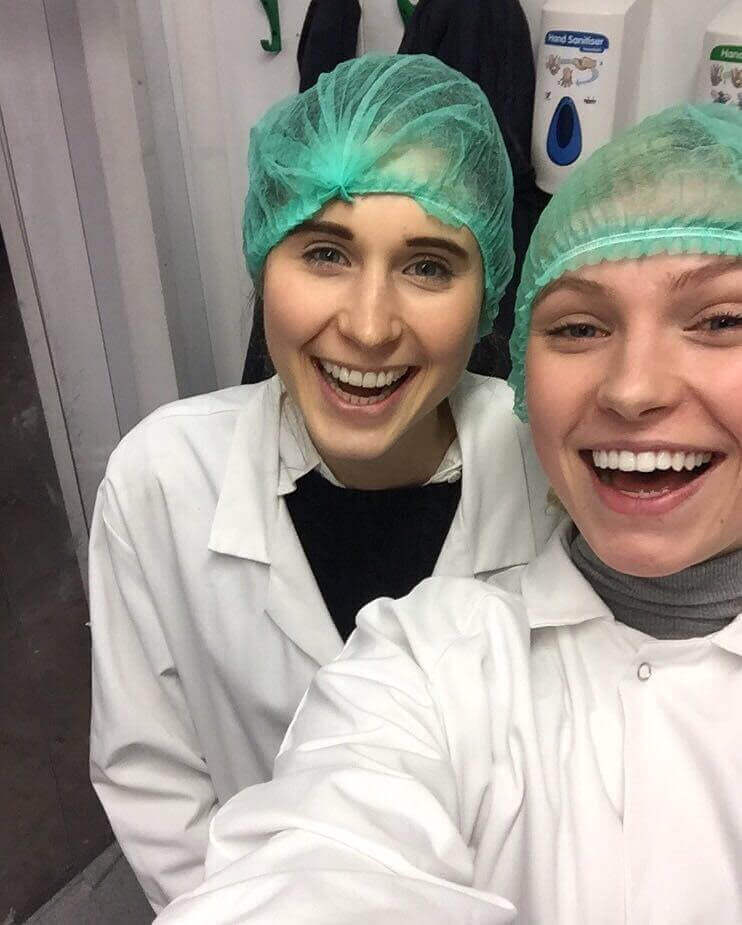 What were your best moments living together?

S: I've got memories that stick out of us sitting on the floor, brainstorming business names for HOURS before landing on Griddle. Not sure that counts though!

E: We've had lots of dinner parties...well, as big as possible in a small flat. Lots of fun times cramming six people around a tiny table!

S: We know each other's friends and do hang out a bit, but when we lived together it was nice to have our own groups for times when we didn't want to think about work.

E: Although when I meet mine that's all they talk about...

Were there any testing or tough moments as flatmates?

E: We had a strict cleaning rota that I definitely missed a few times, and there were some texts about it...

Is it strange not living together now?

S: It's been good for the business really. We've managed to build everything now without relying on being together 24/7, which has removed a lot of stress. It's made us communicate a lot more, which we definitely took for granted in the flat.

E: We do text on average 50 times a day. And email. And call... it's basically like we're still living together!

We've got SpareRoom stats that show most people actually prefer living with a stranger rather than people they already know. Do you agree?

S: London is quite funny because it's so fragmented. Everyone goes about their day and doesn't talk to strangers, so ultimately it seems easier to live with someone you know already. But living with someone new just opens up so many doors.

E: If we hadn't met, we wouldn't be doing Griddle now. Life would be totally different...

S: People did thing I was mad for leaving my job to start a business with the girl that moved in a few months ago, but I just went with it. And here we are!

How do you see Griddle growing?

S: It's still just the two of us, but we do want to grow the team eventually. Although we'd like to maintain that family culture that's come from two friends starting everything together.

E: I think we need to learn to celebrate milestones more! We've done a lot and achieved a lot together, but we're always looking to the next goal. Like when we got our first packaged product – a huge milestone, but as soon as it happened we were straight onto the next thing and forgot to celebrate it.

S: We're constantly striving for perfection. We want to invest in educating ourselves and learning more about the industry, as well as growing the business. We've been so lucky everything aligned at once: right person, right idea, right timing. Now it's just about seeing how far Griddle can go...

Griddle pancakes come in three flavours, and will be launching in Whole Foods market and As Nature Intended this winter.