Your guide to.... Cambridge 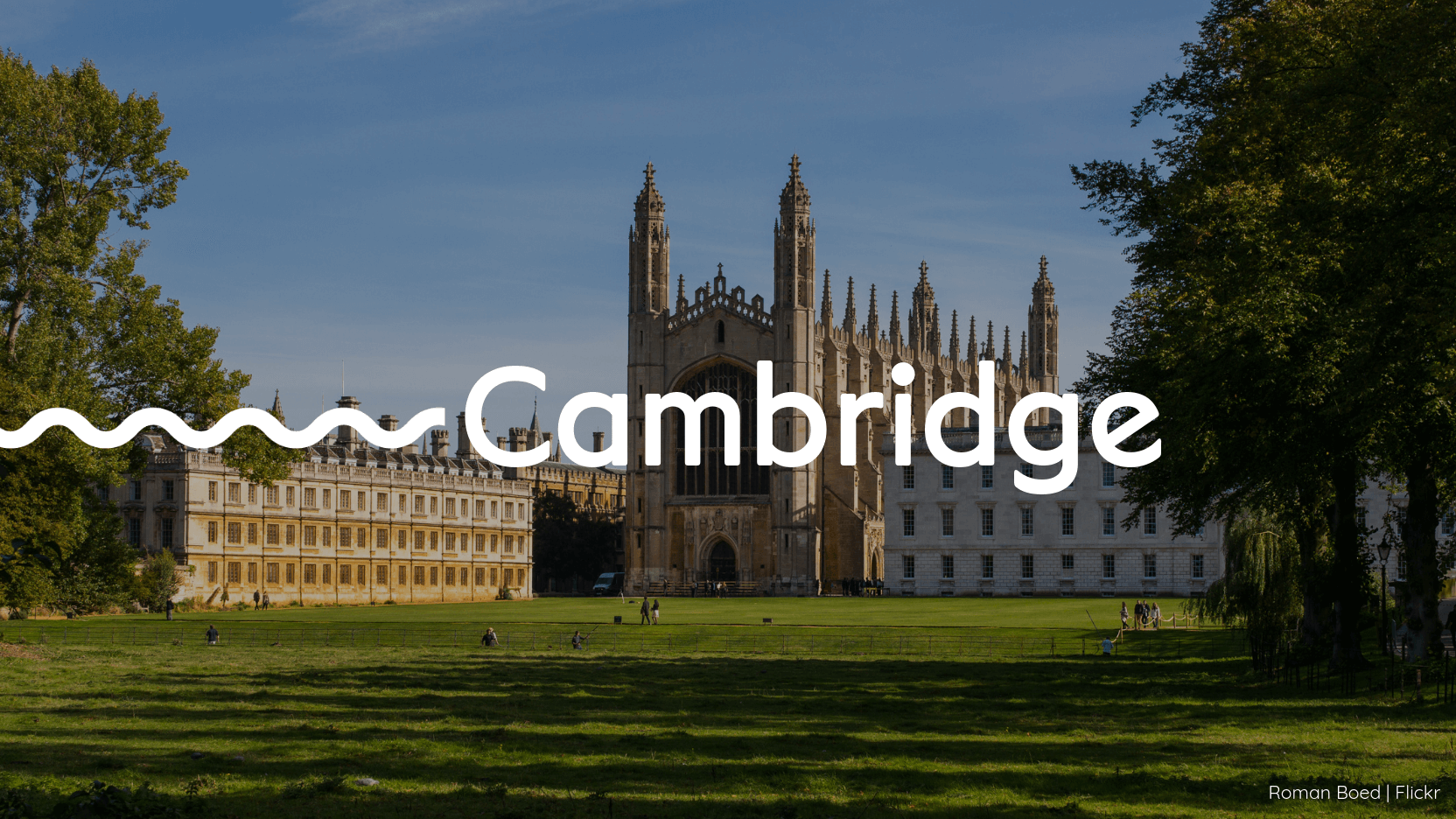 With its grassy river banks, cobbled streets, Tudorian pubs and sandstone buildings, there’s no denying that Cambridge is the ultimate chocolate-box city. Aside from the city’s idyllic scenery and pretty architecture, it’s also stooped in scholarly tradition – Cambridge is, of course, home to one half of Oxbridge; the ever-prestigious Cambridge University, which has churned out some of our most famous scientists and politicians.

The city may be well-known for its rivalry with fellow university city, Oxford, but in the housing stakes, Cambridge comes out on top as a clear winner. On SpareRoom, more people regularly search for places to rent in Cambridge and the city currently has more room adverts than Oxford; at just under 500. It seems that Cambridge is a great place to live for everyone, not just the intellectually elite! So we thought we’d take a peek at this wonderful city and everything it has to offer… 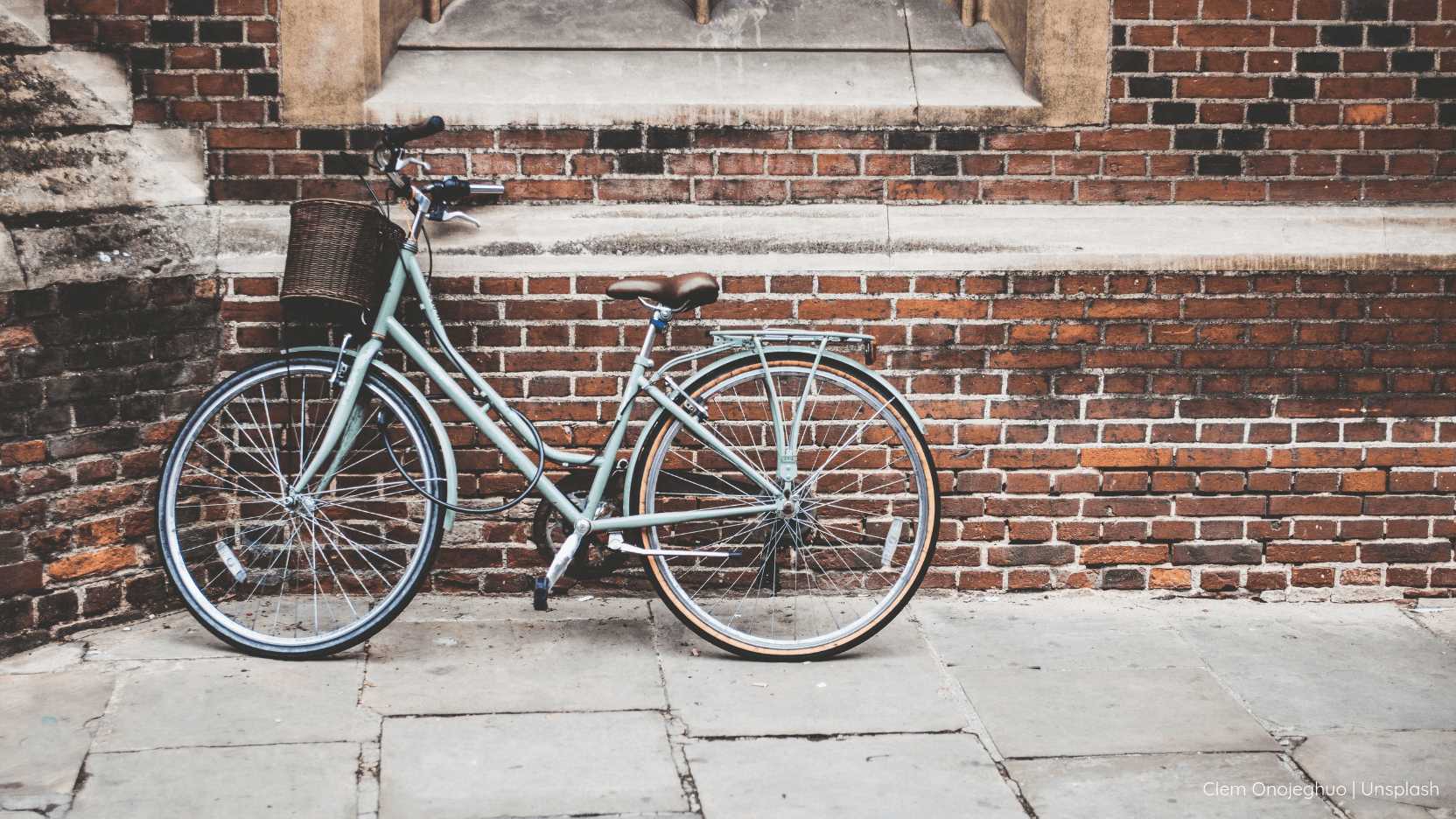 Cambridge can be found towards the east of England in the picturesque county of Cambridgeshire, East Anglia. It’s just north of London, taking 2 hours in the car or just over an hour from King’s Cross station – meaning that it is perfect for those wanting to commute out of the big city. You can also get direct trains from London Liverpool Street to Cambridge, with fast services taking a mere 1 hour and 4 minutes.

The university city, which is surrounded by countryside, has the famous River Cam running through it – one of Cambridge's most recognisable characteristics. 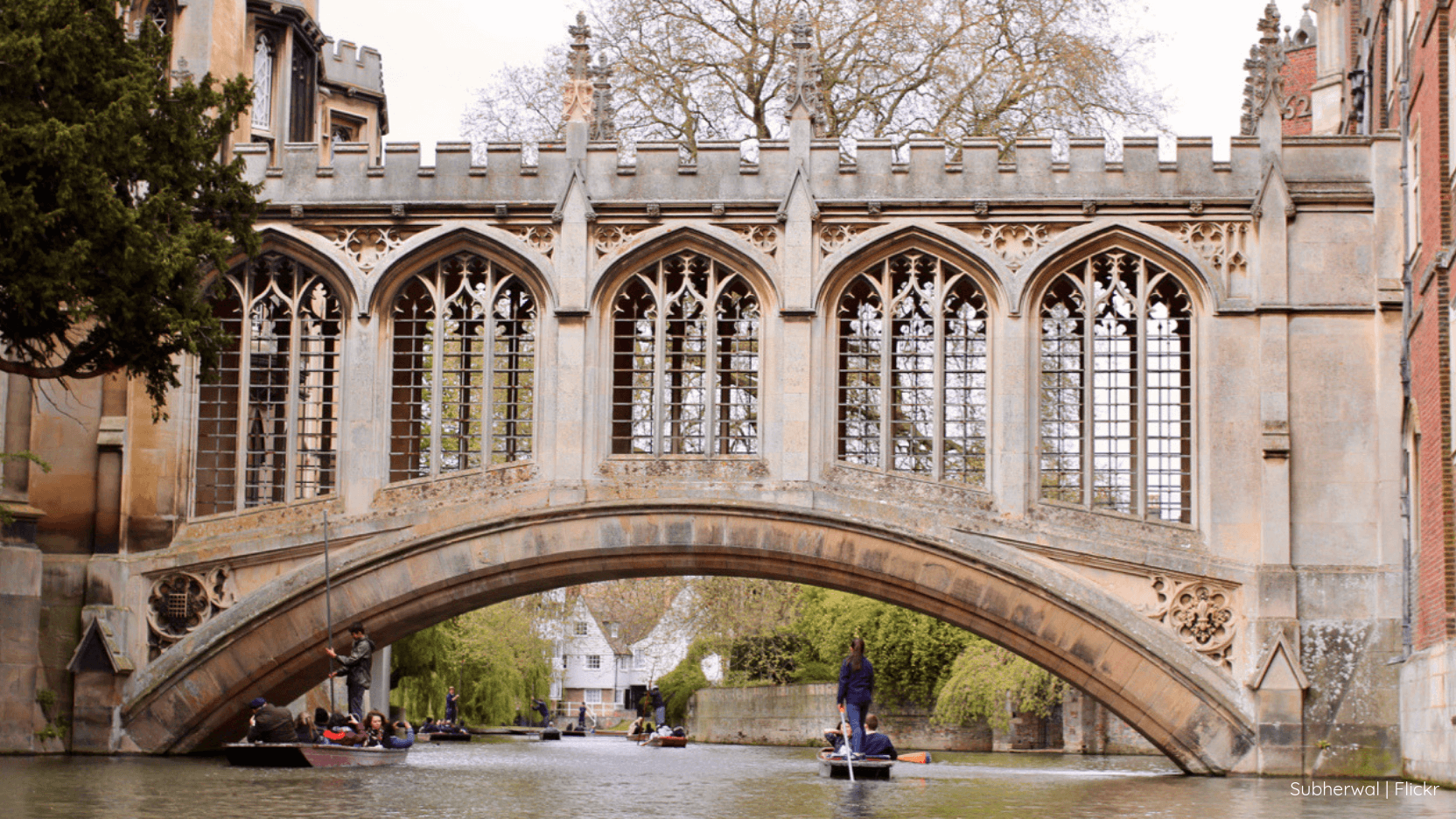 When it comes to the ultimate Cambridge experience, it goes without saying that punting on the River Cam is the number one thing to do. The boating tradition dates back to the early 20th Century, but is still hugely popular with the students and tourists of today... because what better way to soak up the exquisite Cambridgeshire scenery than flowing down the river with a glass of bubbly in your hand? Whether you fancy having a go yourself (ha, good luck) or getting someone else to paddle while you kick back and relax, Scudamore’s has you covered with their boat hire service and chauffeured tours. Cheers to that! (Little tip: as you glide past ‘the Backs’ keep your eyes peeled for The Bridge of Sighs; a covered bridge joining two courts of St John’s College, which was named in honour of the 'sighs' of pre-exam students!).

Cambridge has been dubbed the UK’s "city of cycling", with one in five journeys through the city being made on bike. So when you’re off the water, continue your tour on two wheels by hiring a bike from Rutland Cycling. Explore the winding streets and then stop off at Great St Mary's church to climb the church tower and indulge in panoramic views of the city.

It’s also worth visiting the Market Square for a mooch around. The square, which sits in the heart of the city, is lined with striped market stalls every day of the week. Books, music, films, clothes, and jewellery occupy the square Monday to Saturday, whilst an array of food sourced from local farmers comes out on Sundays. Make sure you save room for the warm waffles – one of the market’s specialities…

We may not all be lucky (or clever) enough to attend Cambridge University, but we can still enjoy the stunning architecture that it offers... without the stress of impending finals. Who’s the real winner, hey? From King’s College Chapel to The Corpus Clock, there are plenty of beautiful buildings and college campuses to ogle at. You’re free to walk the same halls that Darwin and Newton once did yourself or take a University guided tour with Visit Cambridge.

A trip to the award-winning Fitzwilliam Museum on Trumpington Street will satisfy the rest of your cultural cravings. This magnificent pillared building showcases a variety of art, antiques and artefacts. It doesn’t matter whether you’re mad for Monet or an Egyptian enthusiast – you’re bound to get your arty fix, and it’s all totally free to view.

A trip to Cambridge has to mean a trip to the famous Fitzbillies. This bakery/café/restaurant has been going since the 1920s, and its chelsea buns (sticky, cinnamony swirls of goodness) have become world-renowned in that time. If that’s not enough to persuade you, they also have a totally Instagrammable shop front (very ‘art nouveau’) and they do a mean brunch. We’re talking poached eggs, smashed avo, hollandaise sauce, crispy bacon, hashbrowns… even American pancakes. Fitzbillies really is the best thing since sliced bread (and they serve that too...)

Another must-visit is The Eagle – a 14th Century pub that’s steeped in history. Check out the RAF bar where the names of airmen from the Second World War have been graffitied onto the walls and ceiling by the men themselves. The pub is also known for being the watering hole where scientists James Watson and Francis Crick announced the groundbreaking discovery of the structure of DNA. It’s even been awarded a blue plaque to prove it - #fancy! You can take all this history in while sipping on some quality cask ale and digging into a hearty pie. Other notable Cambridge pub lunches include the aptly named Pint Shop, with it’s sheltered beer garden, and The Mill, which is charmingly placed right by the river Cam (and is usually packed as a result).

Meat-lovers must try Steak and Honour; a food van company that drives around providing insanely tasty brioche burgers to the good people of Cambridge city. They do special £5 lunch deals every day, 20% student discount and kids eat half price - not all heroes wear capes! All you have to do is download their app to locate your nearest van. If you’re not up for playing ‘find the burger van’, the company has a restaurant on Wheeler Street you can pop into instead.

If you fancy getting away from the city centre (and British cuisine) head to Ristorante Il Piccolo Mondo. This high-end Italian lies within the quaint village of Bottisham in an old converted church school. But don’t get it twisted, this isn’t your average school dinner. Ristorante Il Piccolo Mondo serves up mouthwatering dishes of gorgonzola noci, veal escalopes and pan fried calves’ liver, all of which make the 30 minute drive well worth it. Booking is seriously advised.

If you want to steer clear of meat, there’s always the Rainbow Cafe and Stem + Glory; Cambridge’s token vegetarian and vegan restaurants.

If it’s amazing rooftop views you’re after, The Varsity is the place for you. This luxury hotel boasts an impressive, astroturfed roof terrace complete with an outdoor bar and sofas. Come here in the summer to drink Pimms and watch the sun set over the city’s skyline. How very civilised!

For more alfresco drinking there’s also Darrys Liquor Loft, which sports a plant-embellished courtyard with an open bar above it, or Novi, which serves up botanical cocktails on its fairy-lit patio.

Don’t fancy braving the great outdoors in winter? Give Hidden Rooms a go. This underground cocktail bar, with its curtained booths, really is hidden… right below a Pizza Express on Jesus Lane (which is pretty handy for when you’ve had a few too many and just want to devour an entire American Hot).

If you want to get a feel for Cambridge unaay culture, head to the 1815 Cambridge Union bar. This “student” bar is actually open to the public whenever University events aren’t on and has every drink under the sun on their menu for more than reasonable prices (student budget and all that...). It’s even been known to have the odd celebrity guest including Robert Downey Jr and Buzz Aldrin - I mean, that guy has been to the moon, so if the Union bar is good enough for him, it’s certainly good enough for you!

To continue drinking into the late night go to Ballare (or Cindies… as its known to locals). It’s the biggest club in the city and has been dubbed a “true Cambridge experience” - whatever that means to you! Another option is Fez club where the Moroccan decor and big name DJs (Annie Mac has been known to get behind the decks) are sure to tempt you to the dancefloor!

Are you crazy about Cambridge? Let us know your fave spots...