Your guide to... Battersea 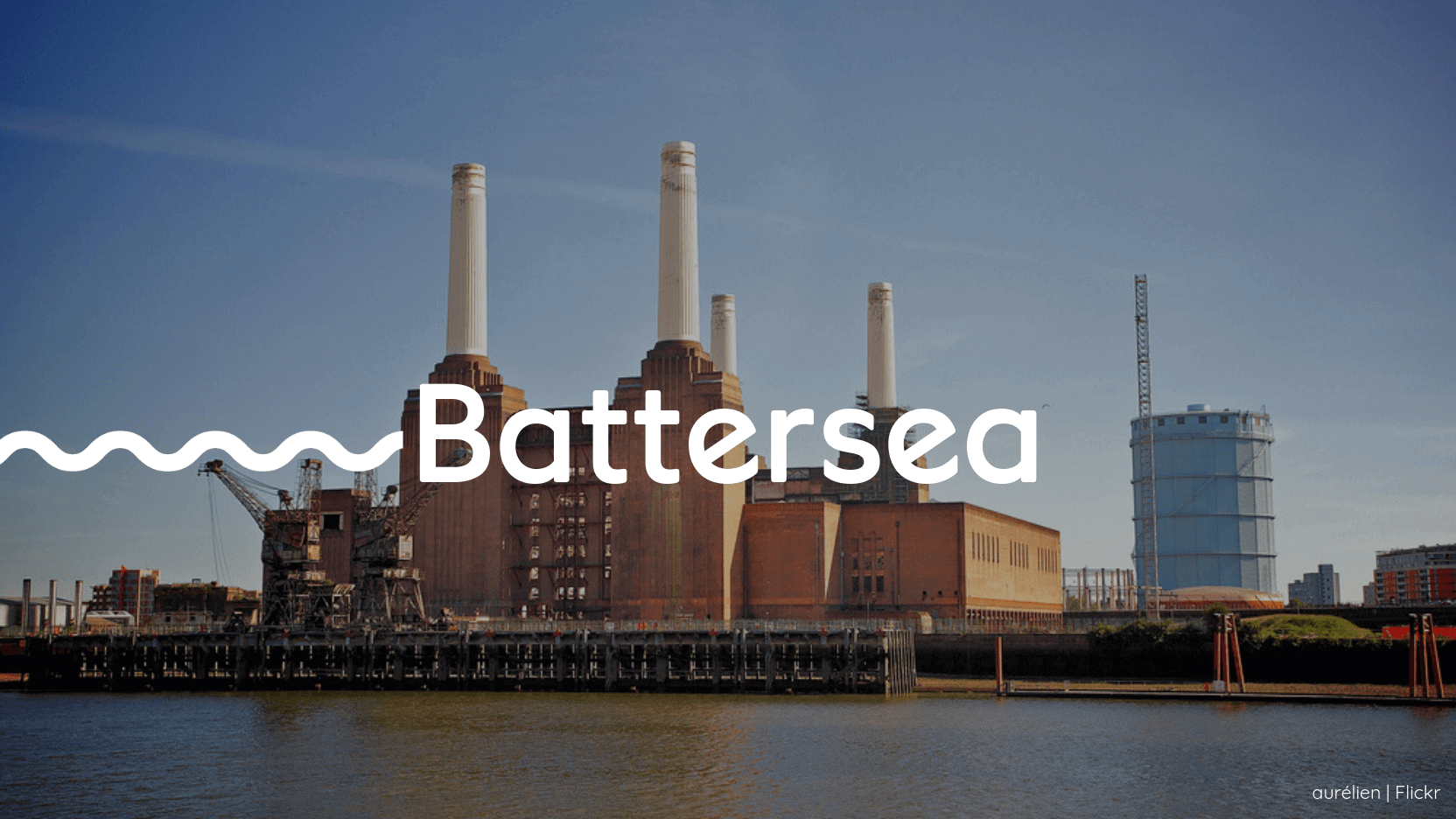 As affluent Chelsea and trendy Clapham’s younger, less in-your-face cousin, Battersea is easy to miss. Tucked neatly below the Thames, this SW pocket of London seems to be synonymous with it’s famous power station… and not much else. But that’s all changing: with a £9bn development converting the iconic disused power station into commercial spaces, offices and over 4000 affordable and luxury apartments, and a new tube station set to create 25,000 jobs, Battersea is proving to be one of London’s most enviable up-and-coming areas.

Despite being just a stones throw - or, more importantly, short commute - from central London and the official home of Europe’s busiest train station, Clapham Junction, Battersea remains a place of chilled-out living filled with lush parks, beautiful Victorian architecture and pubs and restaurants aplenty. No wonder there’s frequently 600+ SpareRoom listings for rooms in this leafy district.

A more affordable - but certainly no lesser - alternative to other West London postcodes, Battersea boasts some of the city's best eating, drinking and relaxing spots combined with that countryside calm that comes with being by the river. Whether you’re after British fine dining or a night out on the tiles, brilliant Battersea has something for everyone. 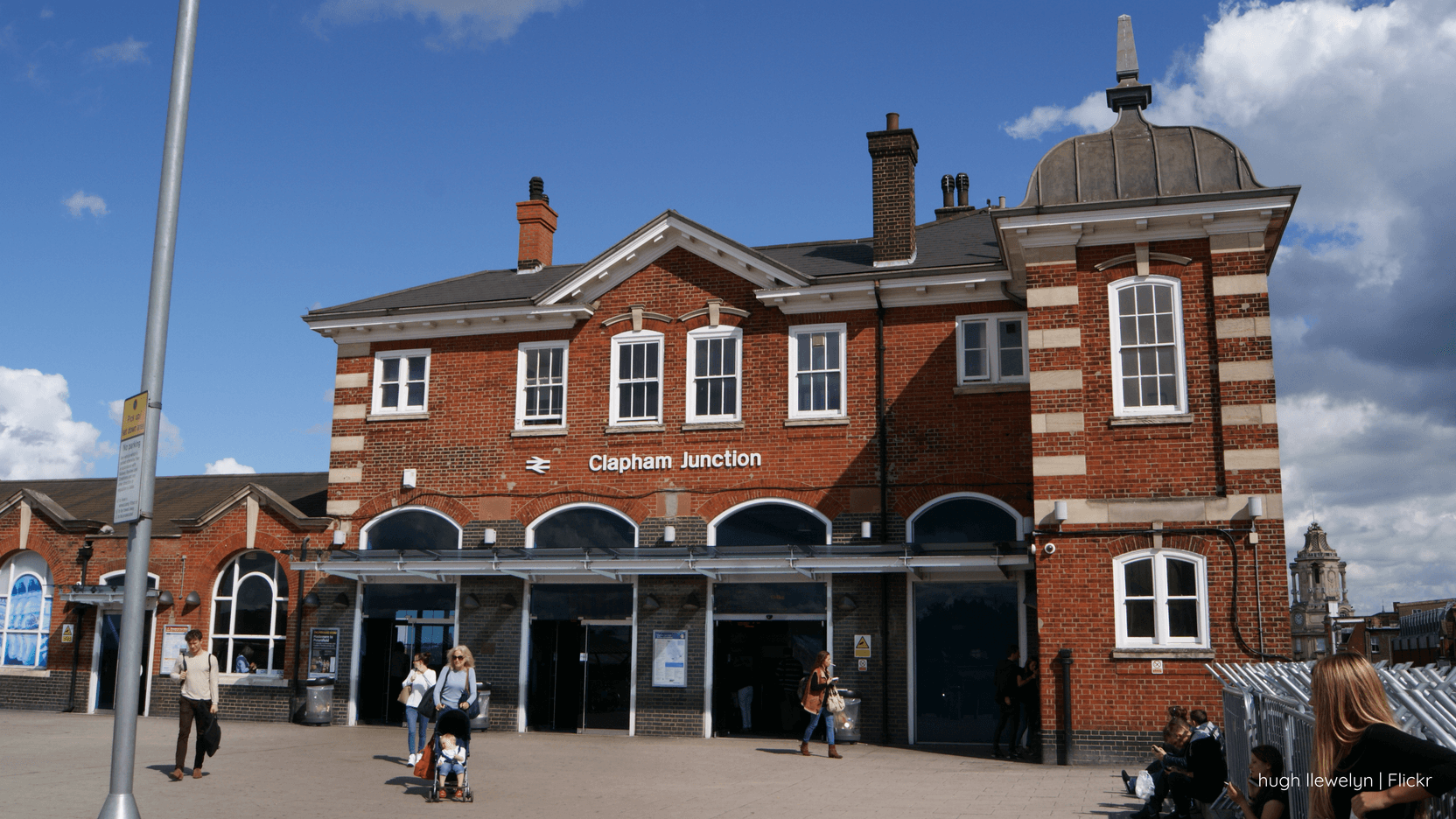 There’s a good reason why Battersea is one of London’s best-kept secrets: its lack of a tube station (although not for long - plans to extend the Northern Line to Battersea are on course for completion in 2020). It may lack hoards of sweaty commuters (which, lets be honest, isn’t necessarily a bad thing…), but don’t let this fool you - Battersea is still very well connected.

When it comes to trains, you’re spoilt for choice. From Battersea Park Station you can be whisked off to Victoria in an incredible 4 minutes, whilst trains from Queenstown Road can take you south through Wimbledon all the way to Weymouth and Exeter St. David’s. And, despite its name (which was originally designed to attract upper class travellers when Battersea was associated with poverty and industry), Clapham Junction also calls our beloved SW district home. With over 2000 trains passing through this commuter hub daily going everywhere from Gatwick airport to Brighton, getting around London and beyond couldn’t be easier.

As for buses, 6 routes serve the area going from Kensington and Chelsea all the way through to Putney, Tooting and Peckham. How’s that for well connected? 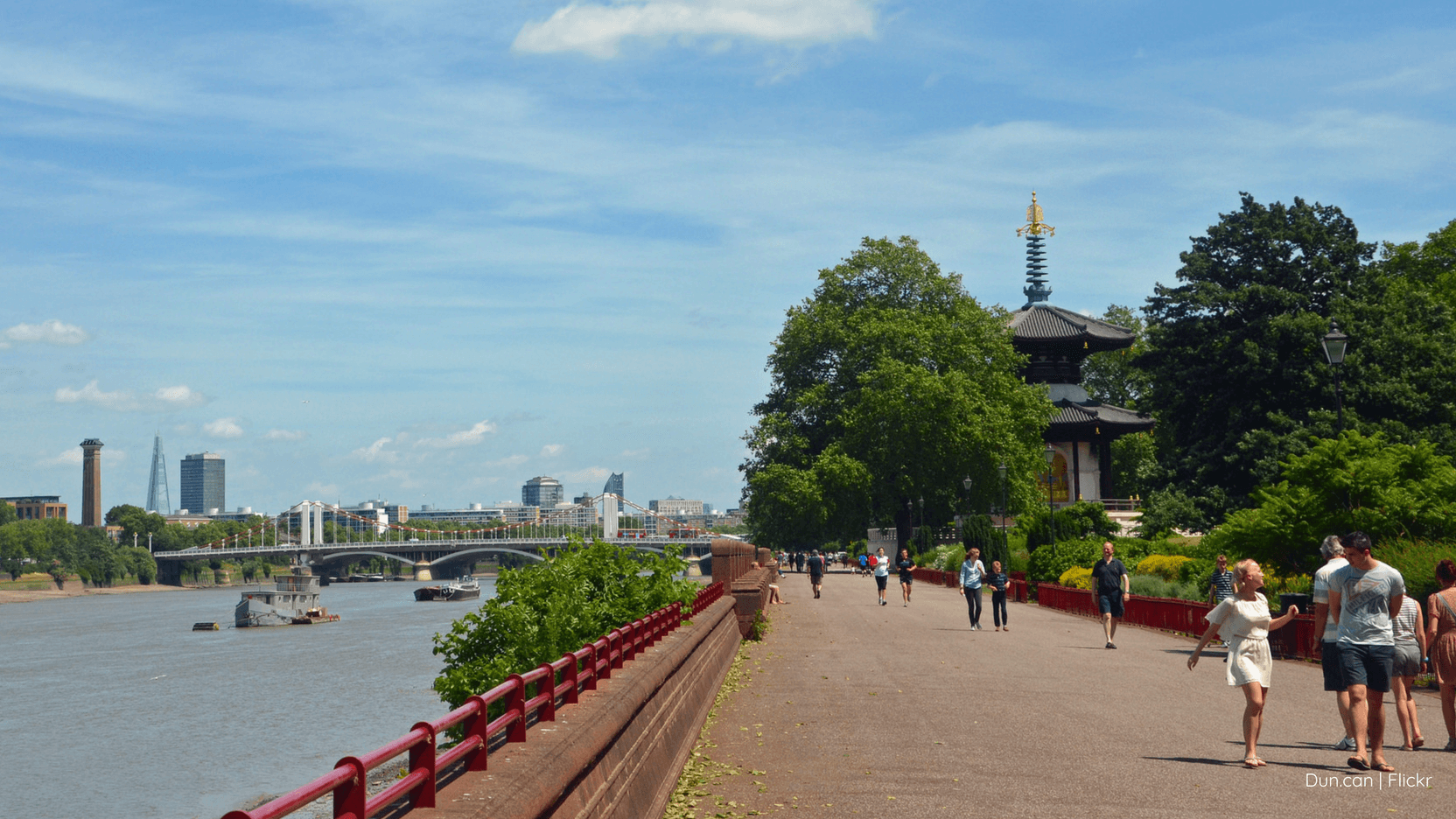 Start your SW adventure with a stop off at Battersea Park. With its stunning 200 acres complete with everything from a boating lake and mini golf course to a Peace Pagoda (and even a zoo!), this inner city haven has just about everything you could ask; no wonder Made in Chelsea’s producers frequently choose it as the perfect backdrop for catty arguments and emotional breakups. What’s more, the park even boasts its own gallery in the form of the Pump House Gallery, a converted 1861 water irrigation building now home to contemporary art. Boasting three impressive floors, the Pump House is known for showcasing exciting local talent and can even be hired out as a wedding venue (#aesthetic).

Hailed as the destination for all things avante-garde theatre based, Battersea Arts Centre is one of London’s most exciting playhouses. With its grand hall having been recently reopened following a fire in 2015, this former town hall is known for its immersive theatre performances, informative talks and as being a prime spot for comedians to test out new material. What’s more, their quirky ‘Scratch bar’ provides the perfect spot for a pre-show bite to eat or couple of interval craft beers. It even won awards for Best Theatre Bar in SW London in 2014, 2015 and 2016 - you can’t argue with that.

If there’s one thing aside from generating power that Battersea’s known for, its rescuing cats and dogs. Even if you’re not planning on adopting a furry friend, Battersea Dogs & Cats Home is open to visitors for a small fee (which goes back into caring for the animals), perfect for getting your fill of four-legged love even if you can’t keep a dog in your London flatshare…

For a real feast for the senses, follow the small gated entrance on Battersea Park Road through to the punnily named Battersea Flower Station a.k.a. one of - if not the - best garden centre and florist in London. A magical place made for musing through lush greenery and tropical plants, spend an hour or two here and you’ll almost forget you’re in the heart of London.

Battersea isn’t lacking in markets either. Head down to Battersea Boot Sale every Sunday for your fill of vintage designer goods and shabby chic antiques, or stop off at Battersea High Street Market for fresh produce and delicious street food.

Start the day off like any self-respecting south west Londoner with brunch. Neighbourhood hangout Ben’s Canteen serves up all variations of avocado/ egg/ bacon based breakfasts as well as all variety of tasty breakfast rolls and burgers. Feeling a bit worse for wear? Ben’s 27-ingredient Bloody Mary - which boasts its own Instagram and can be purchased for your own creations at home - will sort you right out.

What about getting back to nature with some British ‘farm to plate’ dining? The riverside idyll that is Nutbourne serves up small sharing plates showcasing produce fresh from their West Sussex farm as well as hearty roasts, BBQ grills and tasty brunches.

For affordable, home-cooked Vietnamese you could do a lot worse than a trip to no-frills spot Mien Tay. Don’t be put off by its shabby exterior or somewhat overwhelmingly extensive menu - the end result is excellent Asian cooking, most notably in the seafood department.

A somewhat bonkers dining experience can be found at karaoke-club-cum-pizzeria Bunga Bunga. Rumoured to have served none other than Prince Harry, this quirky, memorabilia-clad bar serves up pizza and bottomless weekend brunches to a backdrop of live music and crazy interactive entertainment. Check their website for the latest weekly events and deals - their Monday £1 pizza deal is not to be missed...

And finally, fit in with the trendy West London socialites and dine at Augustine Kitchen, which boasts an authentic French menu championing produce from the Evian region in the Alps. Think delicious wines, meats and cheeses, the kind you’d enjoy at apres ski after a hard day on the slopes, daaarhling. Top tip for the less 'Made in Chelsea' amongst us: go for their set lunch menu Tuesday - Friday and enjoy two courses for just £10. 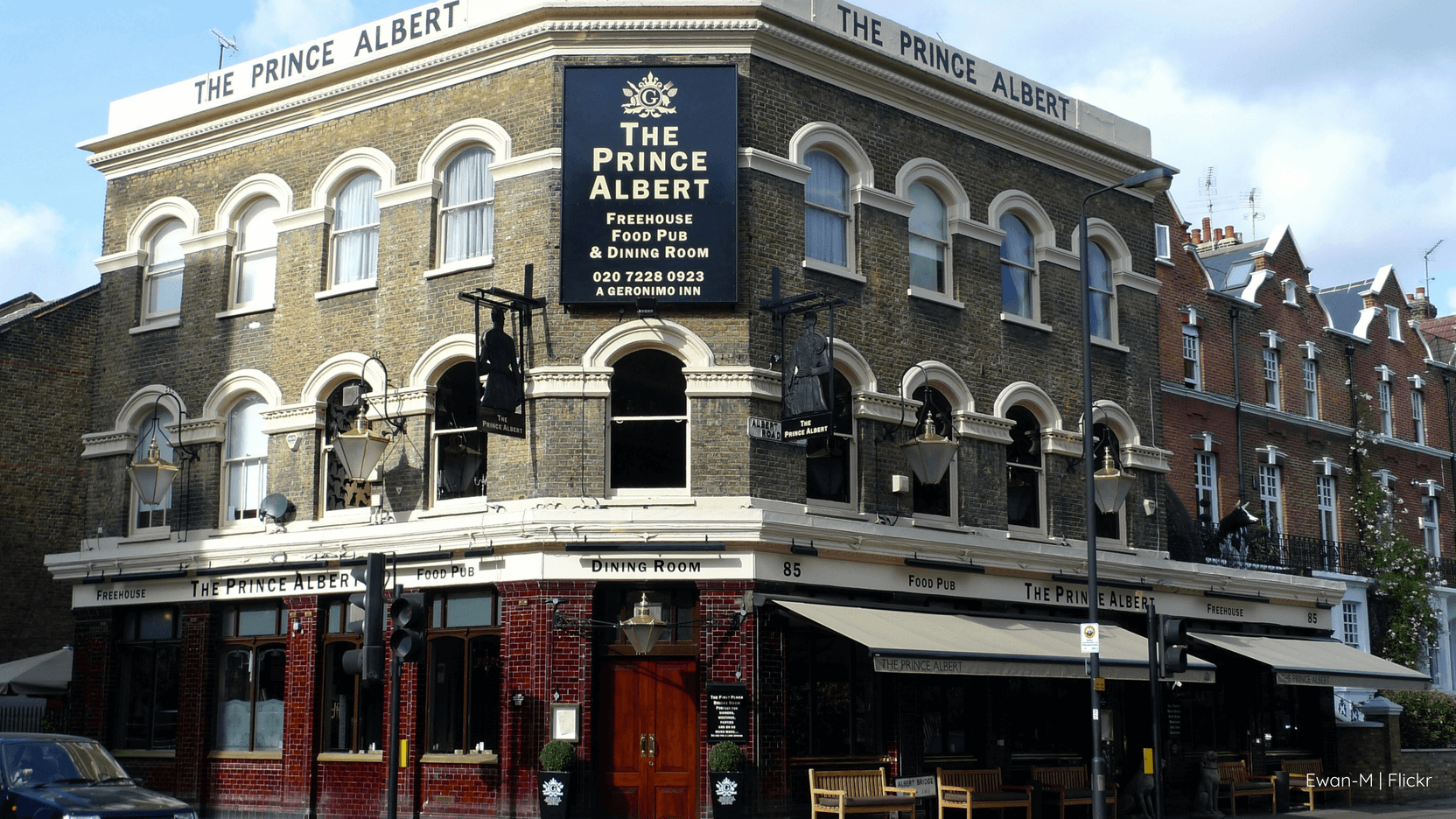 Although its excellent menu could easily qualify the Latchmere for a place in our top eats section, it is undeniably a pub - and a great one at too. Having recently undergone a renovation, this watering hole is the epitome of a friendly neighbourhood pub and boasts a huge beer garden with BBQ area, a quiz every Monday night and a fringe theatre above.

The Prince Albert, one of the oldest buildings on Albert Bridge Road, provides Battersea with great food and quirky events (Bacon lovers day, anyone?). With a pretty outdoor seating area, live sport screenings and a fully stocked bar, any Londoner would be proud to call this their local.

If it’s something quirkier you’re after, head to the Candlemaker, complete with colourful pop art and the most bonkers events south of the river. Head down on a Saturday for a spot of Steamy Bottomless Brunch Bingo with Tina Turner Tea Lady. Intrigued? Us too.

One for the cocktail lovers, Southsider Cocktail Club serves up both much loved classics and modern twists in a chic exposed-brickwork industrial setting (would you expect any less?). And, if you can find it hidden behind a wall in Battersea's Breakfast Club, 70’s style King of the Ladies Man is your one-stop-shop for strong drinks and retro bar snacks.

And for something a bit different? The Parisian-style Le QuecumBar and Brasserie hosts live gypsy swing music six nights a week. Grab a drink, pull up a chair and feel yourself transported off to a 1930s French brasserie.

Battersea local? Let us know your favourite hangouts via Facebook.

Your guide to... Tooting

Your guide to... Balham

Your guide to... Brixton