Your guide to... Angel 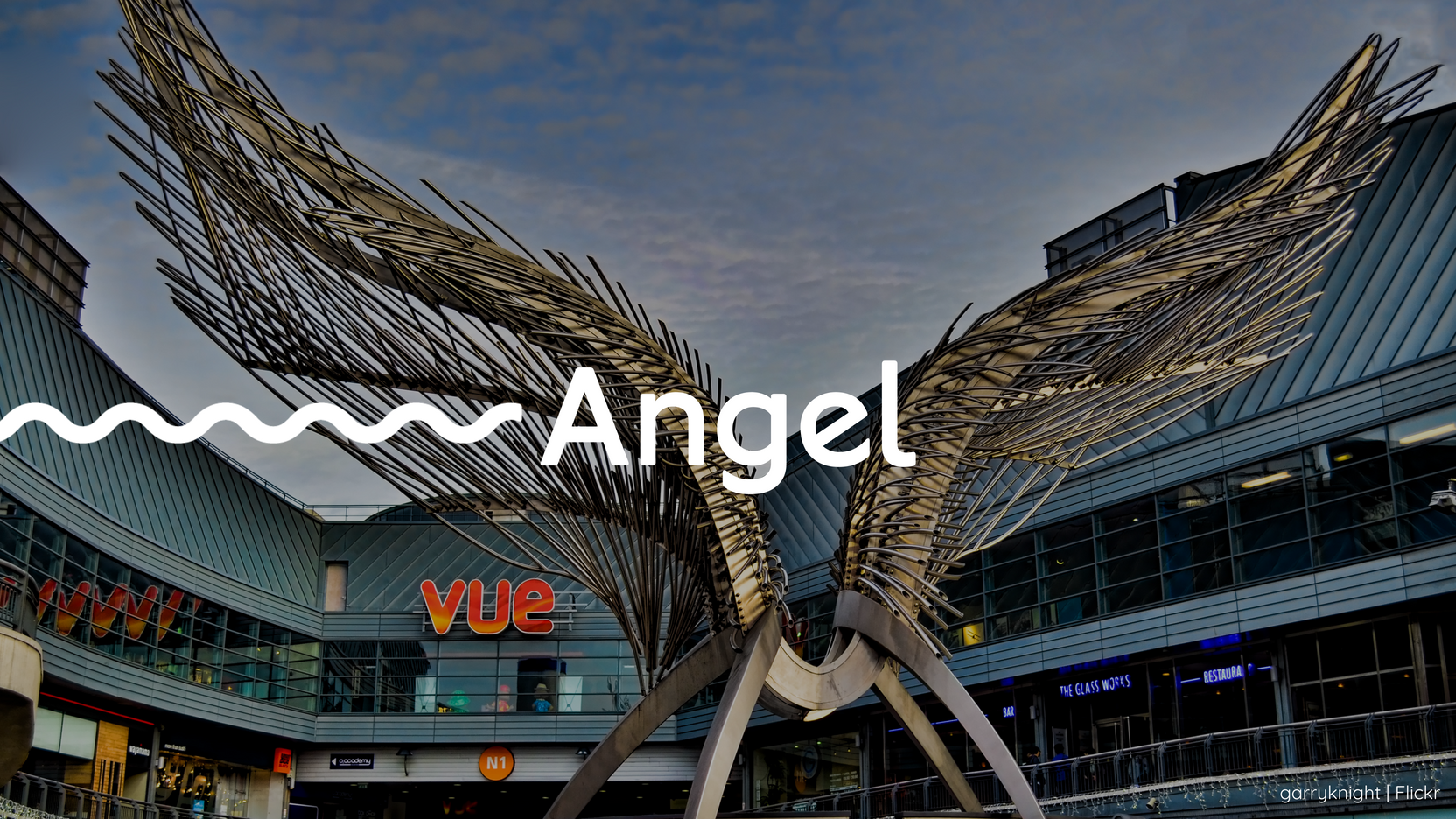 N1, you’re my Angel… <3 No, seriously… this pocket of north London is full of the stuff that dreams are made of. And normally over 500 room ads at a time, as it goes…

Sat within shouting distance of King’s Cross, Angel is close to all the central London action, but far enough away to have its own identity - tourist free. The biggest and best part of the area is the legendary Upper Street, otherwise known as “Supper Street” thanks to its stretch of some of the capital’s best eating and drinking establishments. You might have to elbow your way through a few pram-wielding yummy mummies and boozy sports fans alike, but it’s well worth the mile-long amble.

What exactly is it that makes this the real Angel of the north? We’ve got a few ideas…

How do I get around?

Angel station itself is served by the Northern Line, but this isn’t the only way to make it to N1. You can also head to Highbury & Islington (Victoria Line) and stroll up from there. Essex Road (Overground) is also a short walk away, and a number of central London buses will get you to the area too. Special mention to the 19 – which weaves from Battersea, Knightsbridge and through Piccadilly Circus before landing you in Angel. It’s a bus view so good that TFL could almost start charging tourist coach prices…

If you’re in Camden, the walk to Angel is a picturesque one indeed. Start by Camden Lock’s bridge and just keep on walking down Regent’s Canal until you land in Angel. The serene canalside atmosphere + a cold beer/ice cream = total summer win.

A LOT of eating obviously. We’ll talk more about that one in the next section, but if you’re here for a bit more culture…

The Almeida Theatre is an internationally renowned theatre space that showcases up and coming dramatic talent. Almeida's shows often end up transferring to the West End when they’ve finished, so you might end up catching the next big thing.

Architectural treasure, the Union Chapel is worth a look too. The venue hosts some cool activities spanning everything from cinema to gospel choir, and is also home to a large charity drop-in centre that supports London’s homeless. Oh, and it’s breathtaking. Think: high ceilings, Gothic style, and a working organ.

Film buff? Forget the nearby Cineworld – Screen on the Green is the one to visit. Built in 1913, this neon-lit venue shows an interesting programme of movies, and has a bar in the same room as the screen. No further persuasion needed.

Every Monday all our steaks are 50% off. What are you waiting for ??? ##instafood #instapic #instagood #foodie #foodporn #steak #offer #london #angelstation

More like where don’t you eat... It could probably take you a year to cover the lot, so we’ll leave that to you and pick a few highlights instead.

Start with brunch, and have it at Galley. This fishy fave opens its front to let the sun pour in in summer, and serves a delicious bottomless brunch spanning everything from smoked salmon to halloumi fries for the surprisingly cheap sum of £26. The Euphorium Bakery is the place to go for your morning bread fix – a cosy spot filled with leather sofas and melt-in-the-mouth dough.

Only got time for a quick lunch? Try Chilango for soft burritos packed with flavour (and fillings). Or if you’re up for splashing the cash, don’t leave without visiting Ottolenghi for probably the most expensive, but best tasting salad OF YOUR LIFE.

Dinner in Upper Street is a varied affair with pretty much every world cuisine accounted for. Favourites include Fig & Olive for bargain modern European cuisine, Thyme & Lemon for tapas and cocktails, and Comedor for some of London’s best tasting Argentinian steak.

When you’ve had your fill of savoury snacks, squeeze in a visit to Udderlicious and order yourself a scoop of the raspberry cheesecake ice cream. You won’t regret it. 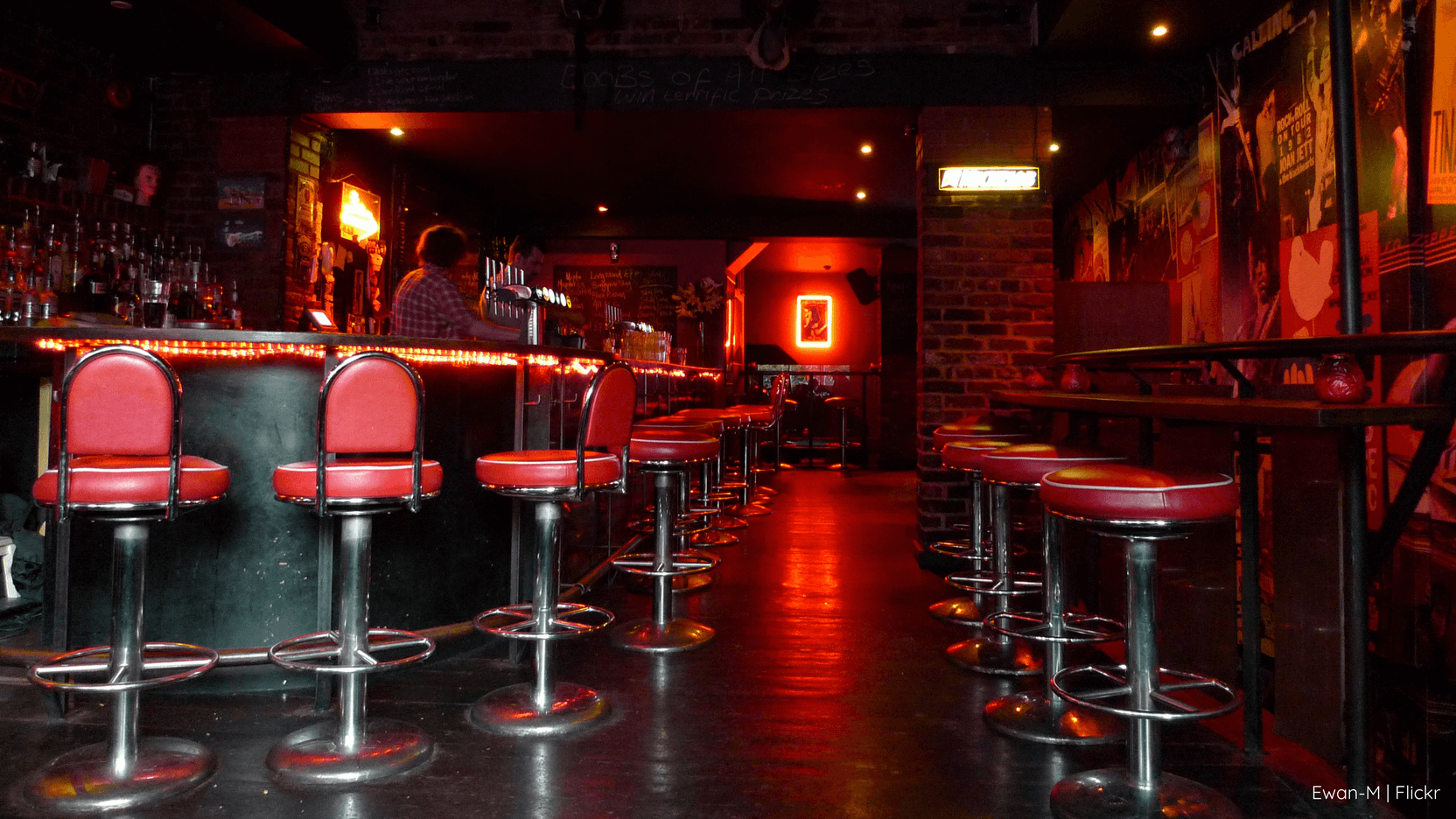 Slim Jim’s Liquor Store is a unique affair, with a ‘no suits’ policy and a ceiling of hanging bras. Or there’s the nearby (and slightly less raucous) Hoxley & Porter, serving West Indian cocktails in antique, palm tree-filled surroundings.

Vivo has a rooftop garden that’s ideal for a summer’s evening tipple. Or head slightly off the beaten track to Essex Road and The Old Queen’s Head – a fun-filled pub with queues out the door, karaoke rooms and hip hop themed nights.

Proud resident of N1? Let us know your favourite haunts!

Your guide to... Stoke Newington

Your guide to... King's Cross

Your guide to... Finsbury Park