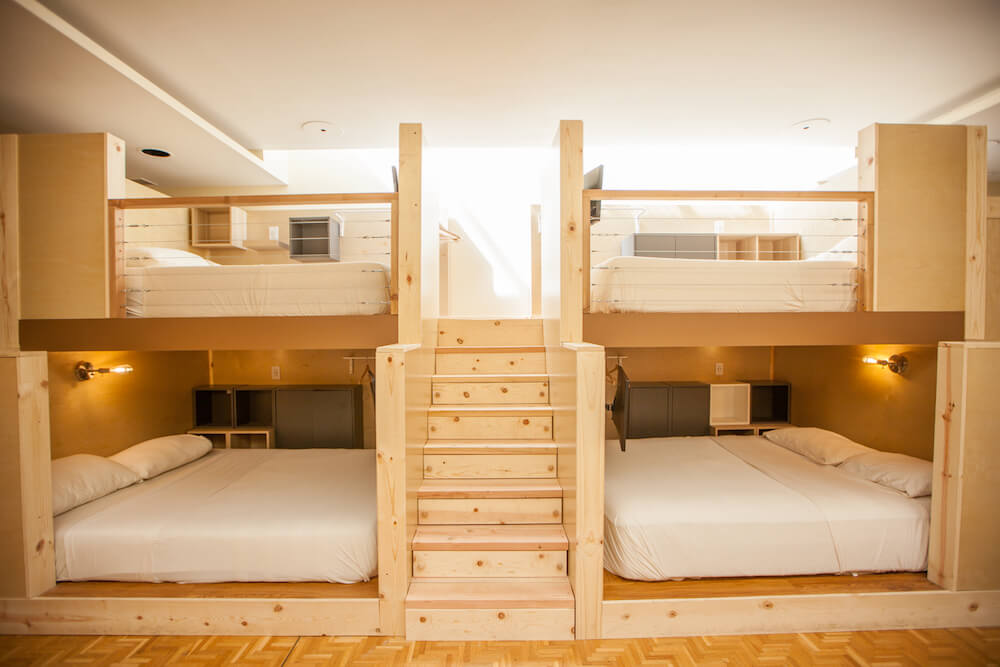 The micro home seems to have become ever more mini over in the US , thanks to the startup co-living company, Podshare.

Marketed as “affordable co-living”, the idea is as simple as the accommodation. You pay $1200 (£960) a month to use the service, which gets you a bunk bed – in a house of other bunk beds – and some living essentials like toilet paper, cereal and a TV.

So far, so claustrophobic.

PodShare’s founder, Elvina, thinks these glorified dorm rooms are a good solution to homelessness in that they “help those who simply cannot afford high security deposits and exorbitant rents.” The company aims to “repurpose underutilised spaces in a safe way to allow a new type of communal housing” – which would almost be a compelling argument, if the inhabitants of these spaces weren’t paying more than the rent of a double bedroom in a house or flat in some of London’s priciest postcodes... FOR A BUNK BED.

Now, I could be wrong here but I feel like most people expect a few basics when it comes to their living situation. Their own bedroom, for one. A bit of privacy. The ability to have your own space, but also the ability to hang out with your flatmates in a communal space too. Maybe the chance to choose your own wall art, furnish the room or invest in some nice cushions? Essentially just having a proper home that reflects the rent money you’re putting into it, cos #housingcrisis and all that…

While I’m sure some people love the idea of co-living, I can’t help but think this is just an ill-thought attempt to make the housing crisis look a little more glamorous. We all know that millennials are suffering at the hands of the housing crisis. Moving them into these tiny spaces and then trying to make them seem glamorous, innovative and “cool” isn’t really solving anything. It’s just forcing desperate renters to plough their hard-earned cash into a room/bed they can’t even walk around in. How’s that bringing anyone closer to owning a home of their own?

I’ve said it before and I’ll say it again: we don’t need micro-homes. And we definitely don’t need bunk beds masquerading as micro-homes. In both the States and the UK, we need solutions to the housing crisis that really are solutions. And until more affordable housing is provided that can get millennials on the ladder, we’ll probably never reach that first rung.