Q&A with Alex Holder: author of "Open Up" 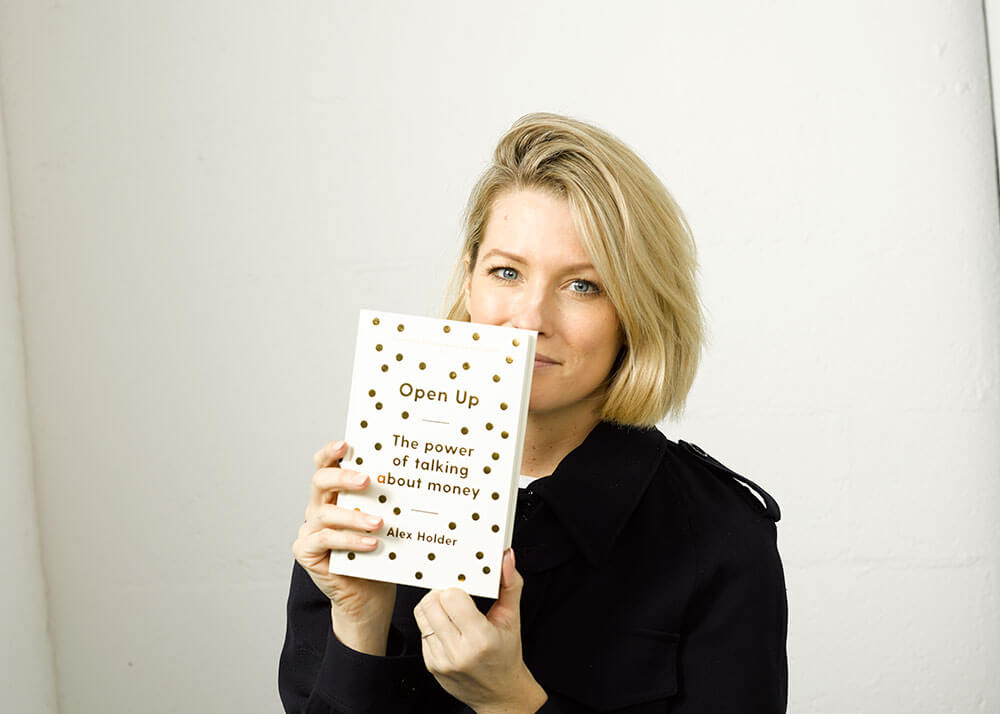 Alex Holder's novel Open Up is a millennial must-read – teaching us all why it's so important to be open and talk about money, and packed with advice on how to manage your finances in an age of pay gaps, freelancing and mindful spending.

The book also has a chapter dedicated to managing money in flatshares, with some SpareRoom advice included. But what does the author herself have to say about navigating finances in a large group of flatmates? We grilled Alex to get her expert tips on everything from group bills to pointless "communal" purchases...

First up – what do you think the biggest sources of conflict around money in flatshares are?

Toilet roll, butter, ketchup and hand soap – those small items that everybody uses but also thinks they could absolutely live without. This means nobody thinks to replace but without these items a house-share is no longer a home.

What are your top tips for being honest with flatmates about money - and how to chat about it openly together?

Conversations are harder to have once resentment has set in, so have the chats early, before you’ve started to find each other annoying. Taking the time at the start of living together to think about possible tension points like whether everyone wants a cleaner, whether there will be a kitty for items like dishwasher tablets or if there is anything communal the flat needs (like a toaster) is paramount.

What's the best way to approach it if a flatmate owes you money?

If possible remind them before they are overdue – a text saying: :Rent comes out next Tuesday so can everyone make sure they have transferred money by Monday" is much easier to send than one asking for money because it’s late.

What are your own experiences of handling finances in a shared house?

When I was 19 I moved into a flatshare with my then boyfriend and we shared a room – each paying half the rent of everyone else in the flat. It was the biggest room in the house and had an ensuite bathroom. We should have been paying more and I still cringe about it now...

What’s the most ridiculous thing you and your flatmates have ever spent money together on?

A spriralizer, a goldfish bowl and a ‘communal’ TV. Nothing made me bristle more than when a flatmate used the word "communal" – it always meant I had to spend money on something I didn't want.

Have you ever fallen out with flatmates about money? What was the situation and what steps did you take to resolve it?

No we preferred the ‘never talk about it and let it fester approach’, which meant we didn’t fall out while living together but never spoke again once we moved out. Not healthy at all!

Do you have any good tips for how flatsharers can cut costs and save cash as a group?

Watch that you don’t implicate everyone else with your standard of living. If you prefer to use the more expensive eco washing-up liquid then buy it on your turn but you can’t demand that others have to buy it. Different people have different priorities for their money.

Any tips about saving to buy for a house while you’re still renting?

One of the (many) difficulties of buying a place is knowing you often have to drop your standard of living to be able to get on the property ladder – the first place you buy is most likely going to be smaller and in an area you hadn’t thought to live before. To save up for a deposit you’ll probably have to live in a cheaper rental than you had done for the last few years! So my advice is to accept that saving money requires spending less, and that will affect where you live.

A smaller sum of money is often harder to have a conversation about than a larger one! If you have handed over money and there was an agreement to pay it back, then reminding them might be awkward but at least the ask is straight forward.

It’s more difficult when you perceive someone owes you money but really they drank your beer or never buy toilet roll. With this kind of situation you should first have a conversation with yourself. Is the money you perceive them to owe you a fact, or really are you pissed off with them about how they live and you’re leaning on the money issue – because it’s a tangible thing to be pissed off about? Be prepared for the conversation to be about different attitudes rather than just money, and most definitely be prepared to listen.

Any funny money stories from flatsharing?

Some of my favourite years were living in flatshares and now with a kid and a mortgage I have days when I really miss having a fridge containing only cider and a jar of pickles. You learn about yourself when living with others so if it feels hard try and work out what it is you’re finding difficult. With a little bit of compromise, there's the right flatshare out there for everybody.

What would your top take-away piece of advice be to help people be open about money in a flatshare?

There will never be an easier time to chat than before you move in, so be brave and have all the money conversations early. Don’t be afraid to ask about seemingly small details like ‘Do you share toothpaste?’ You won't regret it later on!

Open Up is out now, available on Amazon and in all good bookshops.