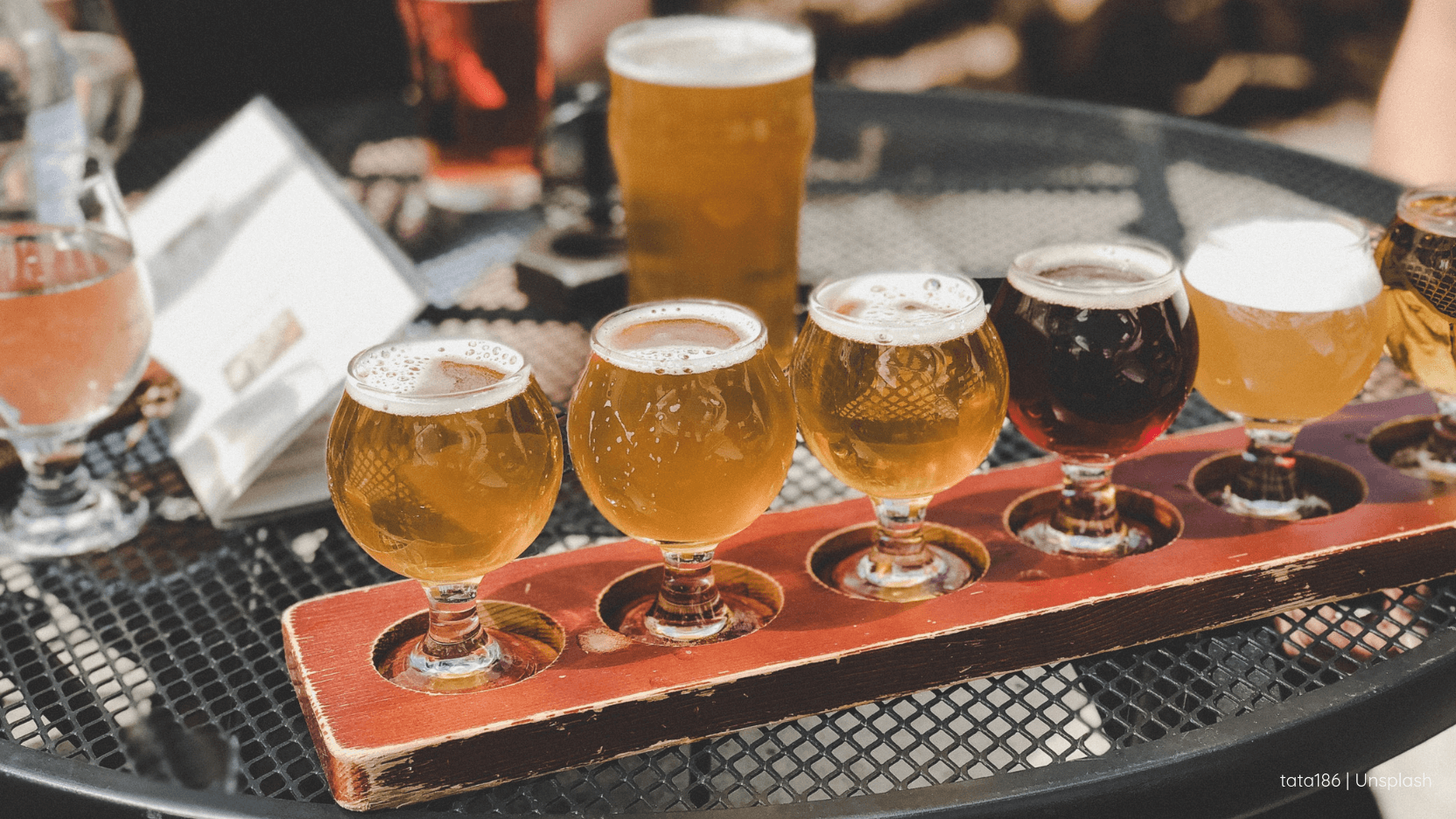 September may be in full swing but that doesn’t mean the summertime fun has to end. In fact, with at least some sunshine forecast for the foreseeable future, we think it’s time to make the most of the last of the warm(ish) weather and take those Friday night drinks outside.

There’s only one thing better than a good pub, and that’s a good pub with an excellent beer garden – which is why we’ve rounded up our top picks from London’s superb selection. From cosy hidden hideaways to sprawling gardens complete with decking and fairy lights, we’ve got a beer garden to suit every situation… so round up your mates, grab a pint and head into the great outdoors.

The Canonbury, Islington
Said to be a regular haunt of prolific novelist George Orwell, this north London institute - which dates all the way back to the early 1700’s - is the ideal place to soak up some late summer rays. Complete with deck chairs, parasols and even an outdoor food stall courtesy of Burger Shack, you’ll be hard pressed to find a better place to spend a lazy Sunday afternoon.

The Stag, Belsize Park
Is there any greater pleasure than enjoying a BBQ in the sun with your mates? We think not. That’s why you should head to Belsize Park’s The Stag. Serving up hot dogs and pints during summer months, and hearty roasts when temperatures begin to dip, this watering hole suits just about every occasion. The best part? The garden is heated and covered. Take that, British weather.

Earl of Essex, Islington
Cracking roasts, regularly changing beers and an on-site brewery make this Islington pub a much loved spot amongst locals and beer fanatics alike. Head to its walled garden on a sunny day to lap up the chilled out vibe and marvel at the delights on its fab menu (which has a drinks pairing for every. single. item.)

The Albion, Islington
A relic dating back to the time when Islington was farmland and locals would stroll across the fields to frequent the pub, The Albion today provides a beautiful backdrop against which to enjoy everything from a hearty roast to an Aperol Spritz in the sun. With a walled outdoor area complete with twisted wisteria and stripped back garden furniture, this north London institute provides a slice of countryside amongst the bustle of the city.

The Avalon, Clapham South
With not one but THREE outdoor areas, The Avalon is just about the perfect place to relax in the sun - even if summer is winding down. Take a seat on the terrace and watch the world go by; visit the courtyard for a quiet hideaway or head to the back garden - complete with a lounge area and wooden booths - to relax with friends. With multiple areas covered and heated, The Avalon means alfresco drinking can be a reality year-round.

Four Thieves, Battersea
Is it a pub? Is it an arcade? Is it an escape room? Well actually - it’s all three! Four Thieves is the place to go when you want more than just a relaxing after-work pint. Complete with retro arcade games, an on-site brewery, 350 variations of gin and tonic (yes, you read that right), and weekly quizzes, bottomless brunches and dance classes, this Clapham institute is less of a pub and more an all-round funhouse. Head to their ginyard when the sun comes out and don’t expect to leave early - or sober.

The Ship, Wandsworth
Ahoy there shipmates! Serving up waterside drinks since 1786, this south London boozer is something of an institution in Wandsworth, and for good reason. With plenty of outdoor seating overlooking the thames and heated coloured booths for when the weather turns sour, The Ship is a traditional watering hole to serve all, come rain or shine.

Pub on the Park, Hackney
Sitting comfortably on the edge of London Fields (the name’s pretty self-explanatory), this pub has long been a prime spot for unwinding and knocking back a few. Sports fans look no further – with TVs both outdoor and inside showing everything from football and rugby to the grand prix, you need not miss a moment of the action.

The Crown & Shuttle, Shoreditch
A favourite amongst the hoards spilling out of east London’s offices, the very ample outdoor seating area of the Crown & Shuttle is a solid choice for an after work drink… or three. If it's a lunchtime treat you’re after, go between 12-3pm every Monday-Friday for a hearty pub lunch and drink for just £10. You can’t say no really.

The Leyton Star, Leyton
Taken over by the masterminds behind The Star of Bethnal Green, The Star of Jackdaw, The Jackdaw and Star, and The Star by Hackney Downs (spot the theme?), this edition in the series is just as popular as its siblings. Set yourself up on one of the outdoor wooden booths and indulge in burgers and bar food from the street food aficionados We Serve Humans (they don’t actually…)

The Eagle, Shepherd’s Bush
The beer garden at The Eagle is big. Not only does it feature two roomy garden huts and an outdoor bar, but it also boasts its very own alfresco Burger Shack, meaning just about everything you could want from a lazy pub afternoon is practically within arms reach.

The Magic Garden, Battersea
The hidden gem of Battersea, this brightly coloured, eccentrically decorated, fairy light-adorned pub arguably has one of the best beer gardens in London. With an outdoor space littered with everything from garden statues and mismatched chairs to an old taxi, plus a stage showcasing live music and a menu offering comforting pub grub – there’s not much the Magic Garden doesn’t have. Pro tip: go after sunset for added enchantment.

The Prince, West Brompton
Claiming to have London’s largest pub garden, The Prince is made up of a restored Victorian boozer combined with four adjoining townhouses to make one of the biggest bar-cum-restaurant-cum-gardens you’ve ever seen. With four pop-up kiosks home to the likes of pizza legends Homeslice and poké experts Honi Poké, a retractable roof to keep the sunshine in and rain out, and reservations available for up to 199 people (if you’ve got that many friends…), The Prince is West Brompton’s prime summer hangout. Just try not to get lost.

The Grange, Ealing
A huge, sprawling pub with bar, private area and outdoor space aplenty, this Ealing boozer has elegance written all over it. Expect award winning cask ales, a vast selection of wines and spirits and a carefully chosen British menu all served up in a majestic setting - so enchanting, in fact, you’ll easily forget you’re in the bustle of the capital.

So there we have it - London’s best beer gardens for while the weather’s still permitting. But get a move on, the sun won’t hang around forever...