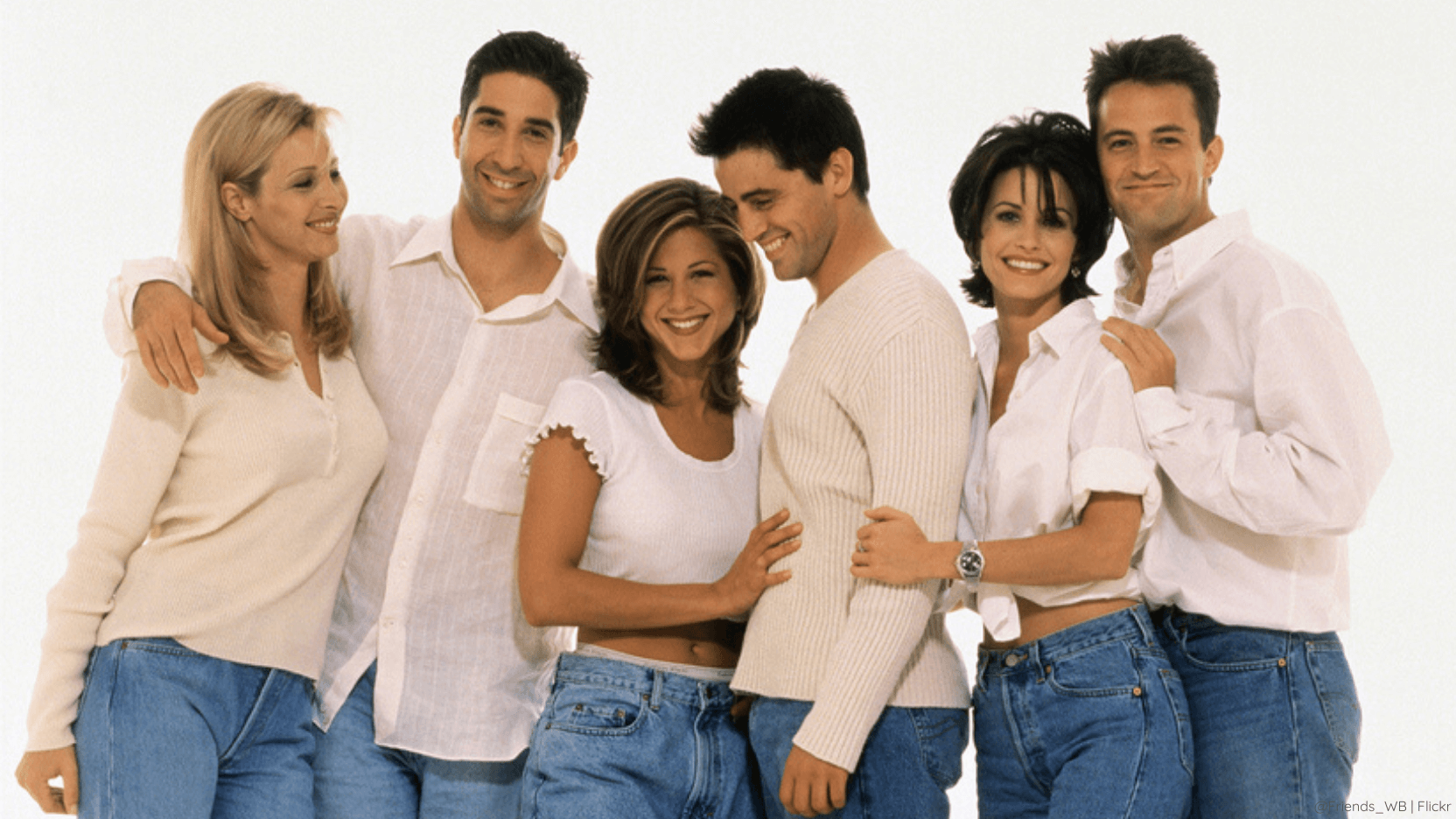 Revealed: what Monica's Friends flat would look like if the living room became bedrooms...

What’s the first thing you think of when you hear the Friends theme tune? For many of us, it’s Monica’s iconic living room – the backdrop for so many significant moments in everyone’s favourite sitcom. The big poster behind the TV… the frame on the back of the door… and who could forget those purple walls?! Monica’s living room is a huge part of the Friends story.

Monica was lucky to get the apartment through her grandma, meaning she lived in New York in a two bedroom place with a giant living room and balcony… for seemingly little money. We can’t help but think this setup would be pretty unachievable for those living in the city today – without paying a serious premium.

In reality, so many flatshares don’t have the communal space that Monica did. In fact, a quarter of flatsharers (26%) don’t have a living room at all.

With this in mind, we decided to redesign Monica’s apartment to be more realistic today – meaning the living room had to go and two extra bedrooms took its place. A sure way to make the property more affordable for the flatmates – but a layout that would totally change the show itself, and the experience of the people living there. 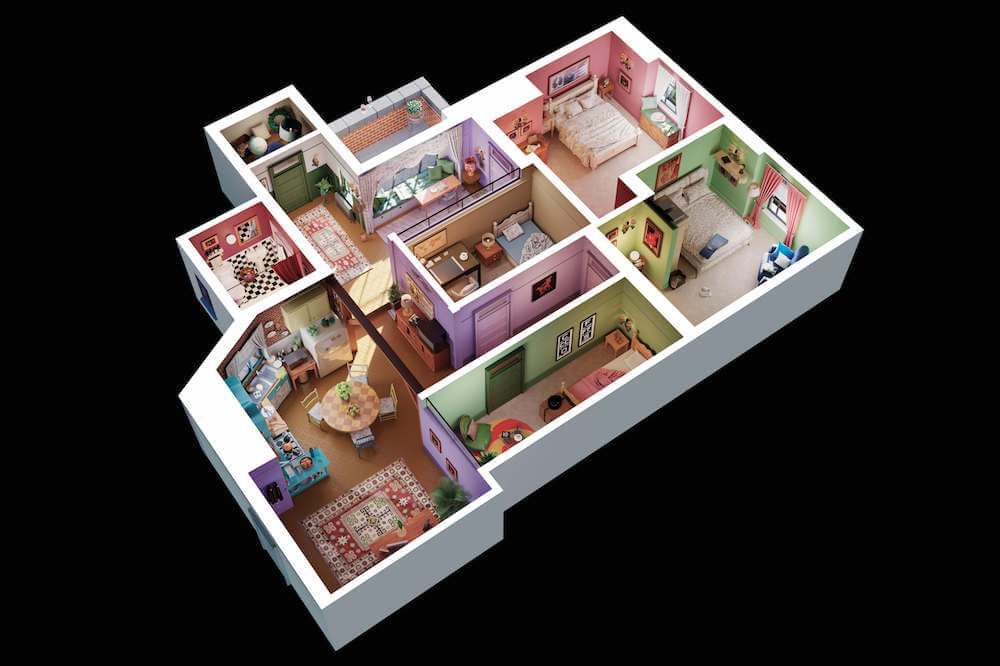 At SpareRoom, we believe that living rooms are key to creating a happier flatshare. And our survey results showed that you feel the same: 59% of those without a living room said they think it’s harder to get to know their flatmates at all without this communal space, and 64% said that no lounge means rarely even seeing the people they live with.

Just picture some of your favourite Friends moments – with no living room to host them. There would be no apartment switch quiz; Rachel wouldn’t have found out how Ross felt about her on an old home video; Chandler would never have got in the box to prove his friendship to Joey; and Monica, Rachel and Phoebe would never have drunk beer in wedding dresses on the sofa. Turns out 53% of Friends scenes take place in the living room, which shows just how important this space is.

Having another room to spend time in (outside your bedroom) has proved vital, especially during the lockdown period – more than three quarters of those surveyed said that having a living space has been helpful. 72% of those who don’t have one agreed that lockdown has made them want a living room more than ever.

While some choose lounge-less flatshares simply for affordability (39%), there’s no denying that this social space makes a house feel like a home.

In summary, sharing isn’t really about the house you’re in – it’s about the people you live with. But, unless you have somewhere to socialise and get to know each other, it can be hard to feel like you’re actually flatsharing. Living rooms are where flatmates become friends, and where memories are made. So it’s no surprise that our research has shown that flatmates who have a living room are more likely to become longer term tenants too – a clear benefit to landlords.

Unfortunately the lack of living rooms isn’t just the landlords’ responsibility. The UK’s housing crisis means affordable rents are a problem for millions of people, so when people are looking to cut costs the living room is often the compromise they’ll make. Until having a home - rented or owned - is truly affordable, people will probably still carry on turning living rooms into bedrooms. Which means people will continue to miss out on one of the real joys of sharing a home: making memories in your shared space.

Want an extra entry into Live Rent Free? The answer to the question below is your coupon for an extra entry into next month's prize draw – click the button below and enter it in the box (just the number, no percentage symbol needed). Be quick though, the code expires at 11.45pm on 26 July 2020. Good luck!