Your guide to… Edinburgh 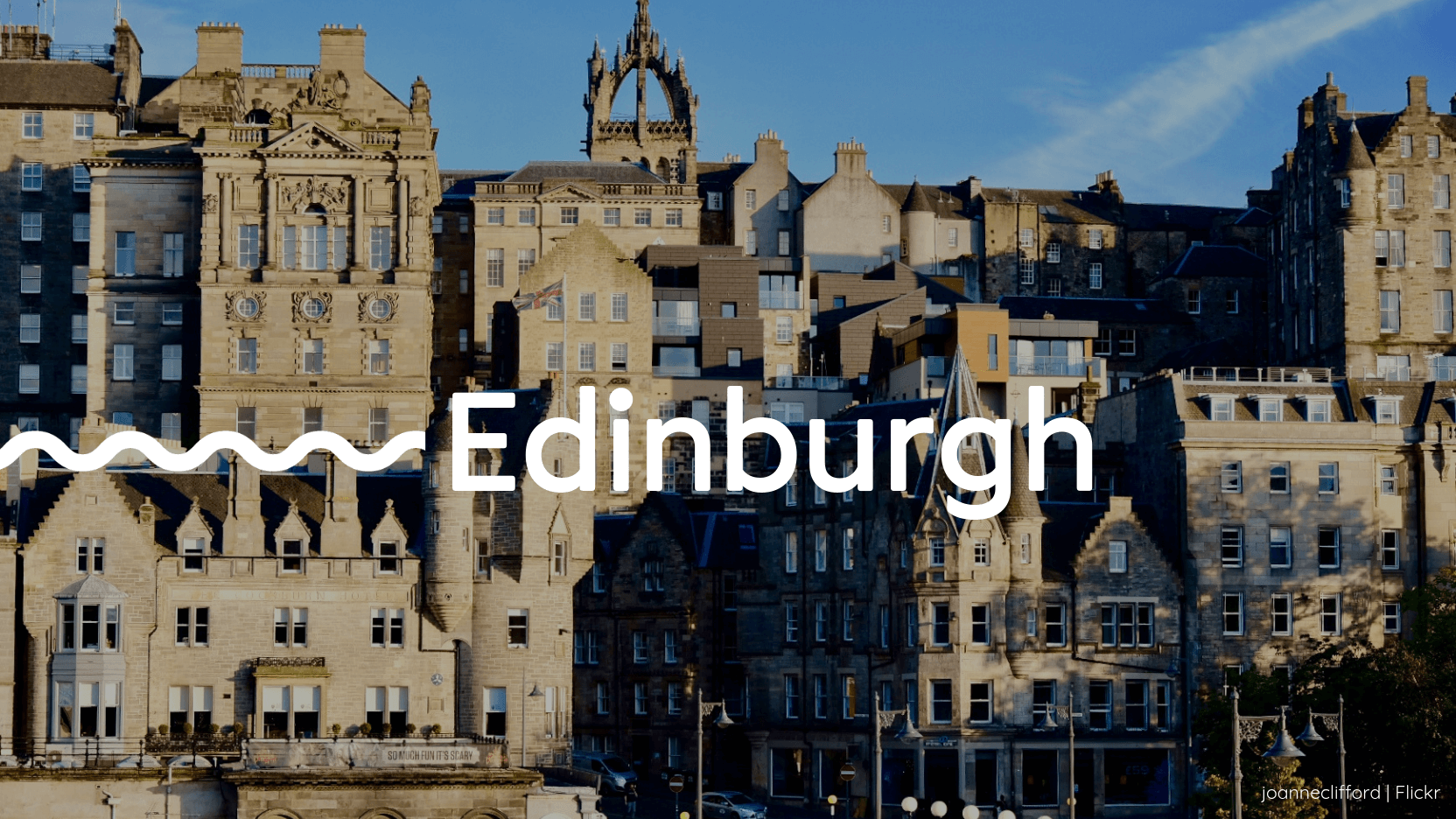 Home to the world’s largest arts festival, a rich Medieval history, countless top-notch eateries and a lot of whiskey, Edinburgh is one of the UK’s most exciting and varied cities to live, work and play in. No wonder it was ranked second in the entire world for quality of life in 2017.

Whether it’s the charming gardens and Georgian buildings of the New Town, complete with quaint squares, theatres and three brilliant national art galleries, or the fascinating history of the Old Town with its preserved Medieval street plan, Scotland’s capital has everything you could possibly ask for. It’s perhaps no wonder SpareRoom frequently has 400+ rooms available in the bustling metropolis.

Feeling a bit lost when it comes to the best things to eat, drink and do in the Scottish capital? Nae worries pal - we’ve got you sorted. Read on for our guide to all of Edinburgh’s best bits... 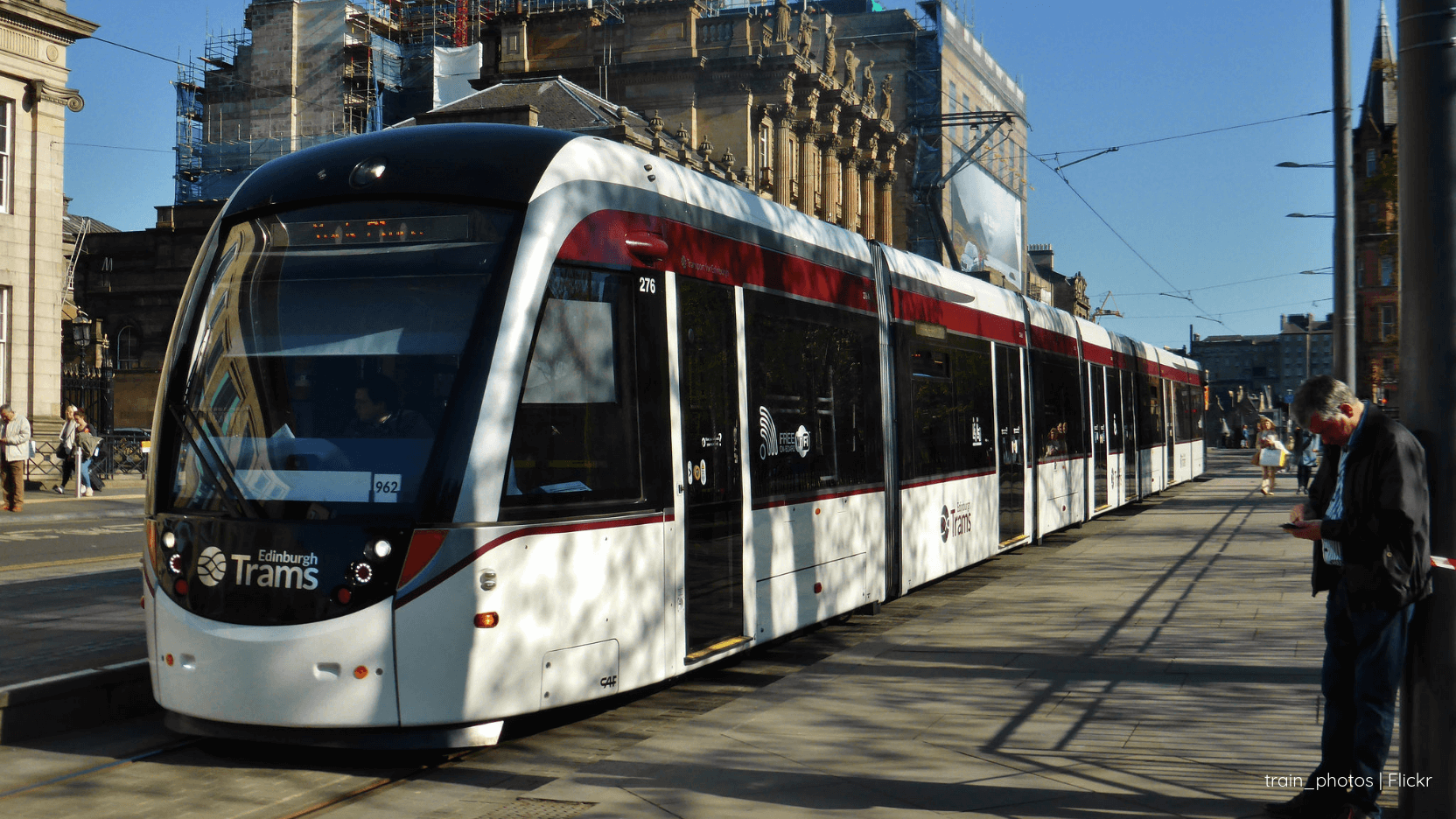 In Scotland, duh. Having been the Scottish capital since the 15th Century, Edinburgh has a veerryy long history clearly visible in its amazing architecture. With almost 5000 listed buildings packed within its walls its clear to see how the city won UNESCO world heritage status in 1995… But we digress - back to its location!

What with its numerous transport links, getting to Edinburgh isn’t difficult - even if it does seem miles away from the South. Trains from London take around 4 and a half hours, whilst flying can take you to the Scottish capital in an hour and a half or less. As for other UK cities, getting from Leeds to Edinburgh takes around 3 hours by train, whilst Newcastle is just an hour and a half away, making day trips around the country more than doable.

Edinburgh itself is a compact city which means exploring on foot is very much an option. When it comes to transport, however, the city is certainly not lacking; numerous buses, trains and trams serve the city, making getting around quick and convenient. 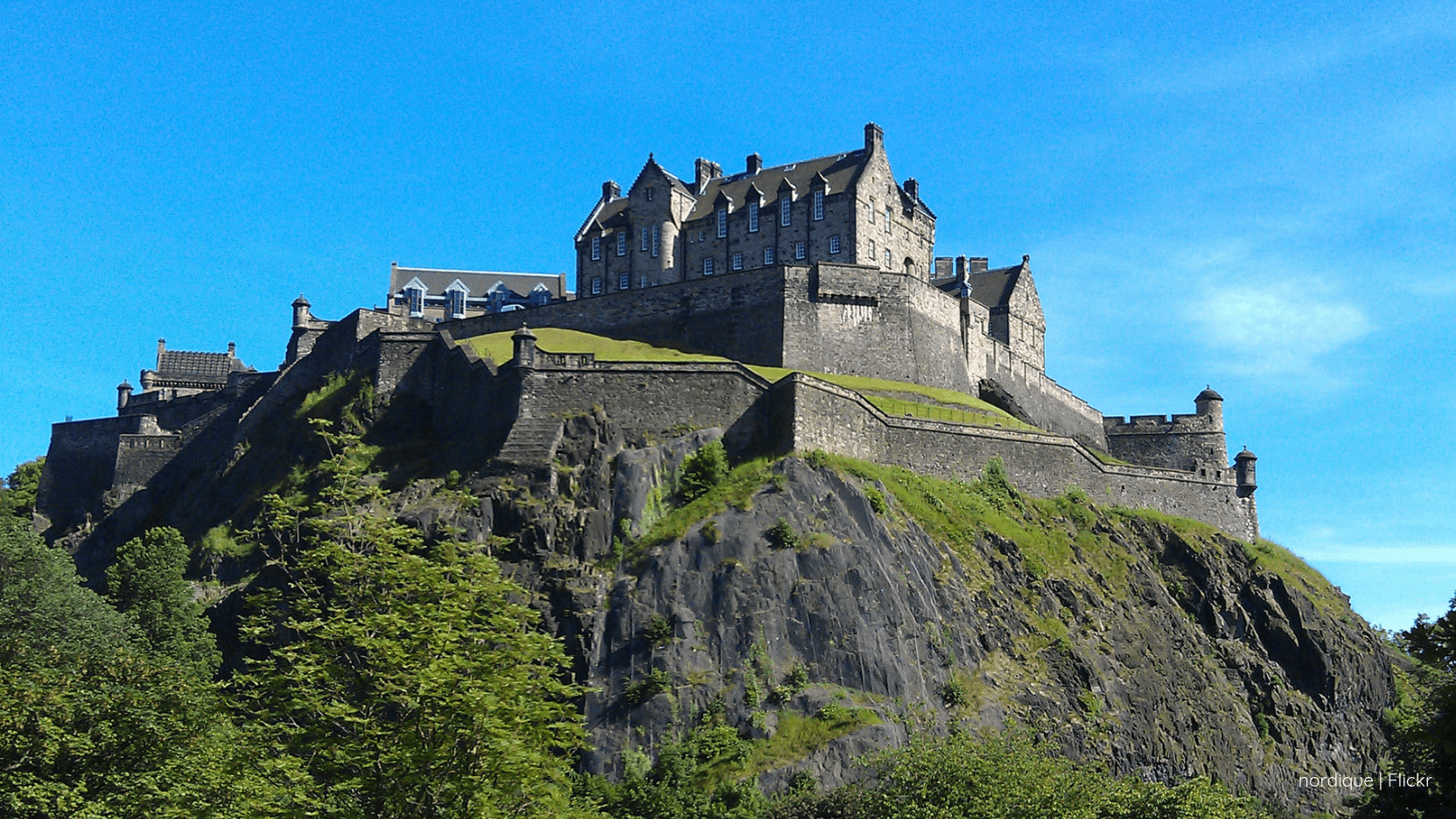 Edinburgh truly is the city of festivals. The site of the 60 year old International Festival, as well as the home of the famous Edinburgh Fringe festival (which was set up in 1947 as an alternative to the International and runs at the same time), Augusts in Edinburgh are abuzz with music, theatre, dance and comedy. As if these two huge events weren’t enough, the city also hosts an annual Storytelling Festival, International Film Festival, Jazz & Blues Festival and International Book Festival amongst others. How’s that for cultured…!?

For arts offerings throughout the year head to multi-arts complex Summerhall whose 600 rooms are used for everything from artists studios and exhibitions to small museums and labs. When it comes to visual art you can get your fill at any one of the city’s brilliant galleries. From the huge and extensive collection in the Scottish National Gallery to historic and contemporary offerings at the City Art Centre, Edinburgh has everything you could ask for when it comes to creativity.

The city certainly isn’t lacking when it comes to history either. Dating back to the 12th century, the spectacular Edinburgh Castle is one of Edinburgh's most iconic landmarks and stands proudly on the extinct volcano of Castle Rock. Take a guided tour and be sure to end your visit with a delicious cream tea in the castle’s tea room. Similarly fascinating is The Scott Monument, a Gothic monument built in 1840 dedicated to author Sir Walter Scott (not to the people of Scotland, as some mistakenly believe…). Take the narrow staircase up to the top for breathtaking views across the city - not one for the vertiginous!

If it's getting back to nature you’re after, a trip to Arthur’s seat will serve you well. The highest point of Arthur’s Seat Volcano, the mountain peak offers stunning panoramic views of the city and can be reached either by foot or public transport from the city’s centre.

And when the history all gets too much, head to Princes Street for a spot of retail therapy. With the mile long stretch offering a stunning view of the city’s castle, high street shopping has never been more enjoyable. Head to Princes Street Gardens come the winter months for its Traditional German Christmas Market, whilst hunger pangs can be sated every Saturday at the Edinburgh Farmers Market. 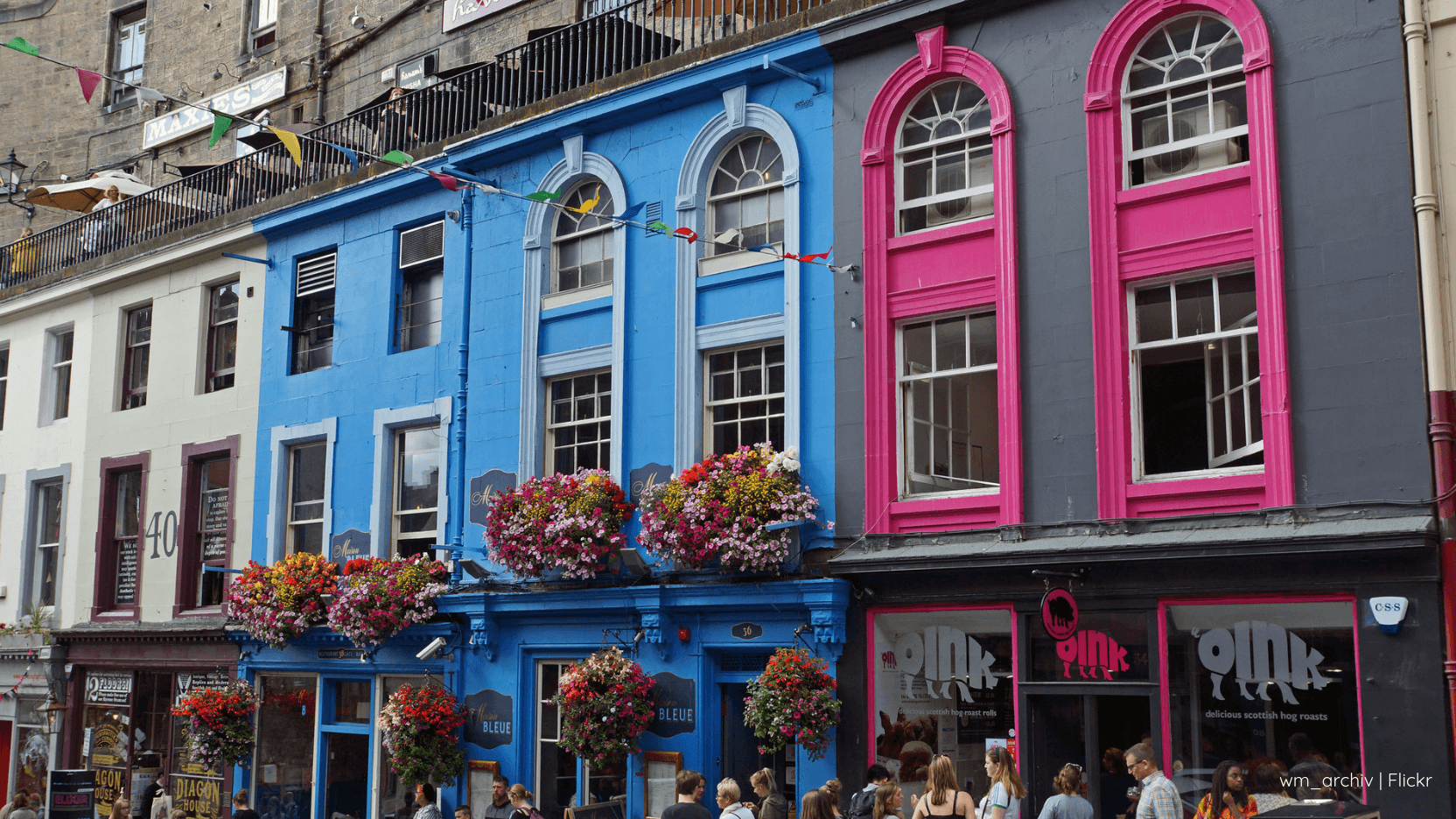 Whether its a cheap and cheerful fry up or a Michelin starred affair you’re after, Edinburgh has something for every occasion. Start the day off at family run bakery Mimi’s Bakehouse, a haven for all things baked served in a pastel-coloured tea room. Other breakfasts worthy of note include the hefty fry ups at bar-cum-cafe Roseleaf, the healthy, seasonal offerings at Milk and the delicious bread and incredibly affordable set breakfast menu at Falko Konditormeister.

When it comes to cheap lunchtime eats you’re spoilt for choice. For the best pulled pork sandwich in Edinburgh - and maybe the UK - head to Oink Grassmarket; you can’t miss the delicious meaty aroma wafting all the way down the street. If it’s affordable Thai you’re after, Ting Thai Caravan is your spot, whilst Indian cravings can be met with the Indian-style tapas at cafe-restaurant Mother India.

For local Scottish produce head to Edinburgh Larder or Makar’s Gourmet Mash Bar. Yes, that is a restaurant specialising in mash - perfect for those wintry Scottish evenings.

For dinner, make your way to Timberyard, which serves 4, 6 or 8 course meals of locally-sourced produce in a chic industrial setting or to David Bann for delicious vegetarian food. Also deserving of a mention are the meat and cheese platters at Pickles, the mezze and grill of Baba and the mouthwatering 28-day aged steaks at The Wee Restaurant. If its a slice of the countryside you’re after, head to the Gardener’s Cottage - exactly as the name suggests, the picturesque stone cottage serves a set menu of local produce to communal tables.

And for something a bit special? With a total of five Michelin starred restaurants you’ll never be lost when it comes to a big foodie night out in Edinburgh. Check out The Kitchin for Scottish produce cooked with French techniques (think Oysters from Loch Fyne and barbequed North sea turbot) or the truly memorable £85 tasting menu at Number One, The Balmoral.

Finally, finish it all off with a sweet treat at Mary’s Milk Bar. Providing the residents of Edinburgh the very finest chocolate and gelato against a retro backdrop, this friendly spot will suit any sweet tooth perfectly. You’ll soon be wishing Mary was your best friend... 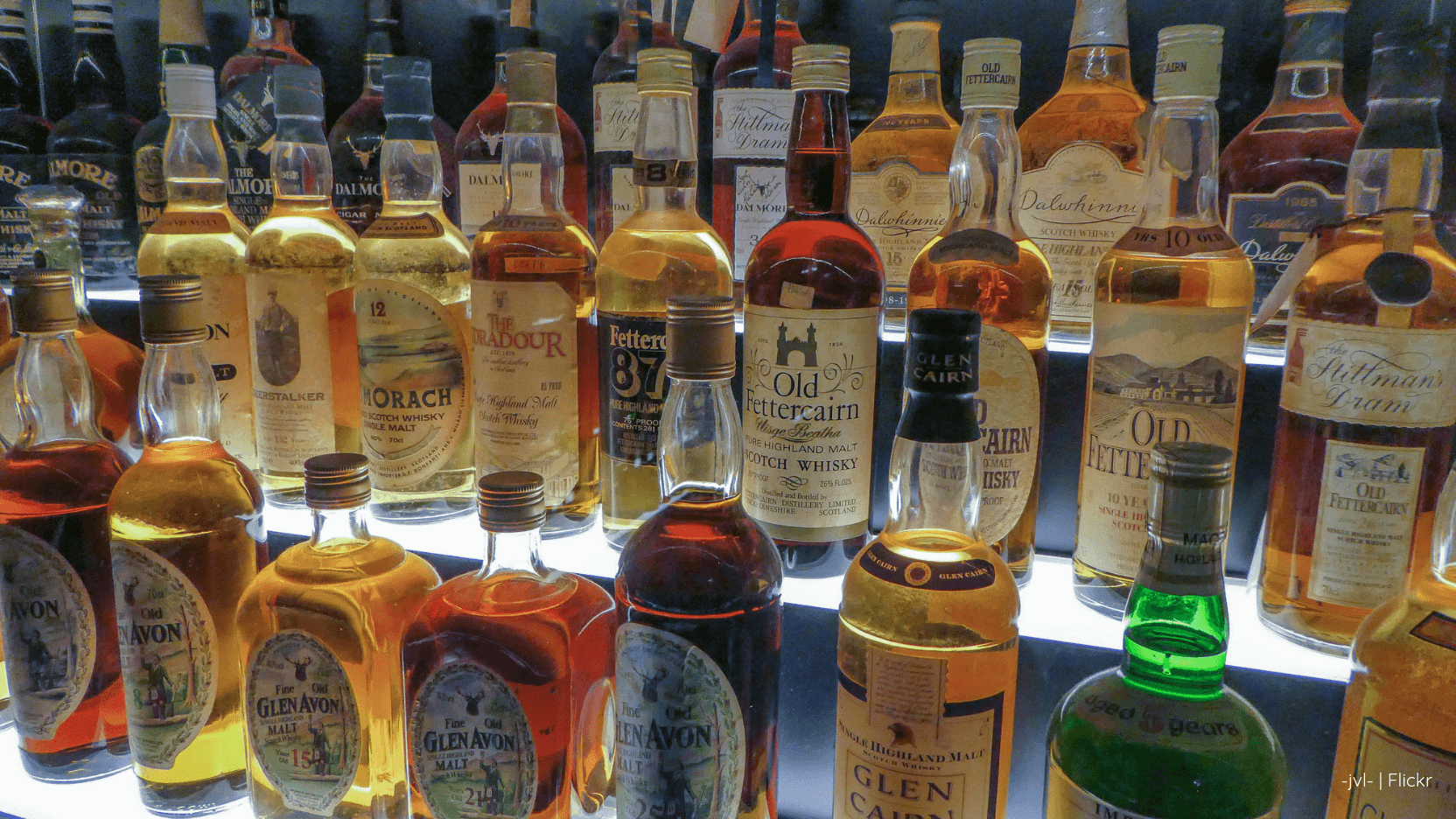 One thing's for certain in Edinburgh - you’re never far from something to drink. Swing by the properly local, unpretentious Port O’Leith for cheap beer and a warm Scottish welcome, or head to The Waverley Bar whose cosy, wood-panelled 1920’s interior remains pretty much the same as when it was first opened.

Those looking for a beer garden come the summer months should head to The Cumberland Bar (with 8 real ale taps and delicious roasts you can’t really go wrong) or The Blackbird, known for their delicious cocktails, weekly live music nights and arguably Edinburgh's best hidden garden.

Bars in the city are just as plentiful. Boasting over 230 malt whiskies, eight cask ales and numerous bottled beers, The Bow Bar is a traditional, no-frills watering hole at its finest; no wonder it was named Best Bar in Scotland at the Scottish Hospitality Awards 2018. For beers and burgers (there are 20 to choose from...), The Southern is your best bet. Being just a stones thrown from Summerhall, this studenty pub is the perfect pit stop after a day of sightseeing.

If its vintage decor and cracking cocktails you’re after, go to Boda. With a great selection of gins, wines and cocktails, a regular pub quiz and live music and comedy nights, this Scandi-style bar is the perfect chilled hangout spot.

For a classy tipple you can do a lot worse than The Dome. Formerly a bank, The Front Bar of the Dome today boasts a 24 carat gold and Swarovski crystal chandelier, rich wooden panelling, an extensive whiskey selection and fabulously crafted cocktails. Go for a special occasion - you won’t be disappointed.

And finally, no trip to the whiskey capital would be complete without a visit to Edinburgh's Scotch Whiskey Experience. Tour the nearly 4000 bottle strong collection, learn about the history of the drink and sample some of the finest whiskeys the region has to offer. Just make sure you've got a cab booked home...

Edinburgh local? Let us know your favourite spots via Facebook.